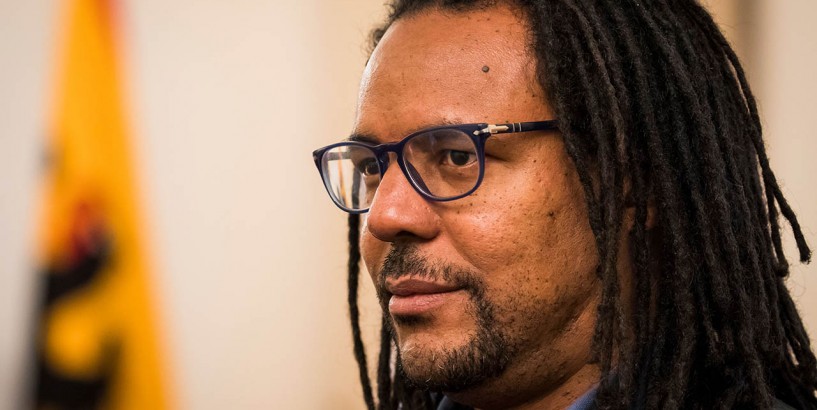 These world-famous authors will speak in Buffalo for Babel series

Some of the nation's most celebrated writers are coming to Buffalo for the Babel literary series' 2019-2020 season.

Among them is Pulitzer Prize and National Book Award winner Colson Whitehead, author of "The Underground Railroad."

“The 2019-20 season of Babel is especially exciting because all four of the authors, first and foremost, are beautiful writers," said Barbara Cole, artistic director of Just Buffalo Literary Center, which presents the series.

"Their prose is lyrical and poetic, haunting and heart-wrenching," Cole said. "So, too, all four writers engage notions of justice but from vastly different perspectives. All four are tackling some of the big questions that are most pressing at this cultural moment.”

The series has been curated with an underlying theme of "journeys to freedom."

Featured book: "House Made of Dawn"

The novelist, poet, playwright and storyteller is a National Medal of Arts winner and became the first Native American to receive a Pulitzer, awarded for "House Made of Dawn," now in a newly released 50th anniversary edition.

Momaday was featured in the Ken Burns documentary, "The West," retelling Kiowa history and mythology.

“This year, at the Sundance Film Festival, the PBS American Masters series premiered three new documentaries on Miles Davis, Toni Morrison, and N. Scott Momaday," Cole said. "That is how important he is to American culture.”

The accomplished novelist and essayist's two most recent books, "Tell Me How It Ends: An Essay in Forty Questions," and "Lost Children Archive" were informed by her experience as a volunteer interpreter in federal immigration court in New York City.

Luiselli, who was born in Mexico City and grew up in South Korea, South Africa and India, is the recipient of an American Book Award, two Los Angeles Times Book Prizes and is a two-time finalist for the National Book Critics Circle Award.

She was also a National Book Foundation "5 Under 35" honoree.

“Luiselli is a real literary superstar, so it’s especially exciting to be bringing her to Babel,” Cole said. “Plus, her work is so timely. The time to come to terms with immigration is long overdue. That time is now. And 'Lost Children Archive' gives us the perfect story to start that conversation.”

Robinson's book, "Gilead" – the first of a trilogy followed by "Home" and "Lila" – won the 2005 Pulitzer Prize for Fiction and the National Book Critics Circle Award. Her fiction and nonfiction work, including "Housekeeping," "The Givenness of Things" and "Mother Country," have drawn widespread praise.

The Iowa City, Iowa, resident received the National Humanities Medal from President Barack Obama in 2012 for "her grace and intelligence in writing."

“Marilynne Robinson has been on my list for years – her name alone seems to inspire awe among readers," Cole said. "She is the kind of writer that people not only love but revere for her wisdom as much as for the lyrical beauty of her writing.”

The New York Times bestselling author has become a literary superstar. Along with the acclaimed million-seller "The Underground Railroad," Whitehead has authored numerous novels, including "Sag Harbor," a finalist for the PEN/Faulkner Award and a collection of essays, "The Colossus of New York."

Whitehead is the recipient of a MacArthur Fellowship, Guggenheim Fellowship, Whiting Writers Award and the Dos Passos Prize. His work has appeared widely in publications such as The New York Times, The New Yorker, New York Magazine, Harper’s and Granta. His new book, "The Nickel Boys," will be released in July.

“If you’ve ever had the good fortune of hearing one of Whitehead’s readings, then you know how fierce and funny he is," Cole said. "But his talk at Babel is guaranteed to have audiences not only laughing but also daring to think differently,” she said.

Season subscriptions are being sold at an early discount through May 20, and can be obtained, along with more information at justbuffalo.org or 832-5400.