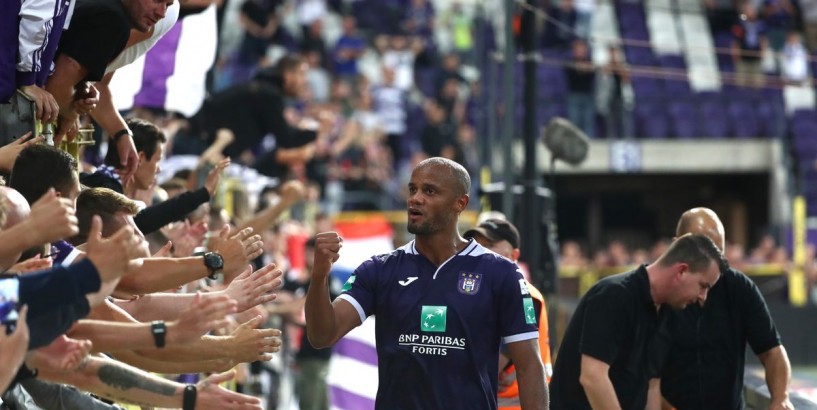 Share By Joe Bray 06:00, 17 MAY 2020 Sport Vincent Kompany only lasted four games as Anderlecht manager on matchdays. (Image: Gualter Fatia/Getty Images) Sign up to FREE email alerts from - daily Subscribe When you subscribe we will use the information you provide to send you these newsletters. Sometimes they’ll include recommendations for other related newsletters or services we offer. Our Privacy Notice explains more about how we use your data, and your rights. You can unsubscribe at any time. Thank you for subscribing We have more newsletters Show me See our privacy notice Invalid Email When Vincent Kompany left Manchester City having led them to a domestic treble, it seemed like he could do no wrong.

Kompany signed off his final game at the Etihad by scoring the best goal of his career against Leicester to put them in touching distance of the Premier League title. After finishing the job, he helped City to one of the most dominant FA Cup final performances in recent memory.

A day later, he announced he was leaving the club, and it is testament to him that City's end-of-season parade to showcase six trophies across the men's and women's team was effectively an event to thank Kompany for his service to the club.

So when it was announced that Kompany would take over the reigns at Anderlecht as player-manager it seemed like a logical next step for a player who was used to everything going right. It was a chance to extend his playing career and take the first steps into management.

Four games into his new job, though, and Kompany was already being relieved of some of his duties.

Now, a year on from leaving City, it's fair to say Kompany's start to life as a manager hasn't quite gone as planned.

It appeared to be an impressive summer that would make Anderlecht competitive, but on Friday, it was confirmed that they would finish a disappointing eighth in the Jupiler Pro League after the season was curtailed. It means Kompany failed to secure European qualification for his new side, although after a campaign that has seen a number of changes behind the scenes, it might be unfair to judge Anderlecht just on their final position.

After an opening run of one win in his first nine games, Kompany took a back seat and Anderlecht went on to lose just three of the next 21 fixtures - including 6-1, 3-0 and 7-0 wins in their final three games before the season was ended prematurely.

On the face of it, he recovered from a shaky start to show promise, but Anderlecht's improved form came when Kompany wasn't in charge of match-day decisions having relinquished those managerial duties to former City coach Simon Davies after just four games in August.

The decision came after fans began to protest following those disappointing first nine games. Kompany remains manager still, but Vercauteren's involvement on matchdays appears to have steadied the ship.

On the pitch, Kompany's season was again interrupted by injury, as he played just 15 of Anderlecht's 29 league games, scoring once. When he did play, though, he showed his class.

The curtailment of the season means Anderlecht will not play the usual end-of-season play-offs, but that could be a blessing. It will give Kompany and Vercauteren more time to prepare for next season, where Anderlecht will surely be hoping for more stability on and off the field.

The Angelino swap deal that could save Man City millions in the transfer market The form since October will give Anderlecht hope of continued improvement next season, but Kompany should not forget those first four games where he tried to be player and manager at the same time and it simply didn't work.

Now, he has seen the benefit of concentrating on playing while slowly developing as a manager with the help of a more experienced coach. He could benefit further from keeping the current arrangement in place for one final season as a player, then he can step up to become full-time manager once again, this time with more coaching experience.

Kompany's first foray into management has proved more difficult than he may have imagined, but stepping back after four games might be the best managerial decision he ever makes.