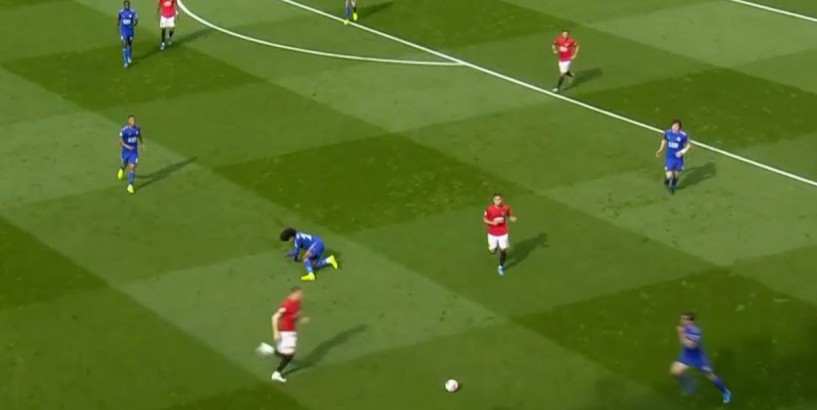 Share Comments By Liam Corless 06:00, 16 SEP 2019 Sport opinion Scott McTominay was magnificent for Manchester United against Leicester (Image: 2019 Getty Images) Get the biggest Manchester United FC stories by email Subscribe We will use your email address only for the purpose of sending you newsletters. Please see our Privacy Notice for details of your data protection rights Thank you for subscribing We have more newsletters Show me See our privacy notice Could not subscribe, try again later Invalid Email It may seem a little prehistoric in this era of football to celebrate crunching tackles but, as entertaining as the free-flowing football churned out by Manchester City and Liverpool is, nothing quite gets the matchday fan's blood pumping quite like a weighty challenge.

Marcus Rashford's penalty obviously garnered the loudest cheer of the day from United's supporters but Scott McTominay's clattering-but-clean lunge on Leicester defender Ben Chilwell provoked quite the roar from the Stretford End.

Chilwell protested against the force of the 25th-minute tackle but McTominay's act was within the laws of the game and it set the tone for his man-of-the-match display.

Far too often over the last six years have United operated with powder puff midfielders, with Everton's Morgan Schneiderlin perhaps fitting that description best, but McTominay is far grittier than the Frenchman and he is perhaps far grittier than any of his current United teammates too.

Ole Gunnar Solskjaer beamed as he discussed McTominay's performance after the match.

"He goes into tackles, challenges and fights," the Norwegian said. "If there’s a team trying to intimidate us, he’s the first one there – he’s a leader."

Read More Two Manchester United youngsters given advice by manager Read More How Alexis Sanchez performed on Inter Milan debut It wasn't just defensively that McTominay shone against Leicester. He may not be as technically proficient as some of the Premier League's finer midfield operators but the Scot is no slouch with the ball at his feet.

The way he side-stepped Hamza Choudhury before spraying a 60-yard diagonal ball to Daniel James was Paul Pogba-esque and there is now the sense that Solskjaer is close to landing on a first-choice midfield trio.

Pogba's place in United's team is guaranteed when he is fit and it is testament to how McTominay has started the season that he is also closing in on undroppable status.

One of the lowest points of McTominay's fledgling career came against next weekend's opponents as United were beaten 3-1 by West Ham last September.

McTominay was hooked at half-time a week later with United trailing 2-0 at home to Newcastle and he would go on to play just twice more under Mourinho.

The 22-year-old has shown supreme mental fortitude to bounce back from that nadir and he will return to East London on Sunday in the form of his career.