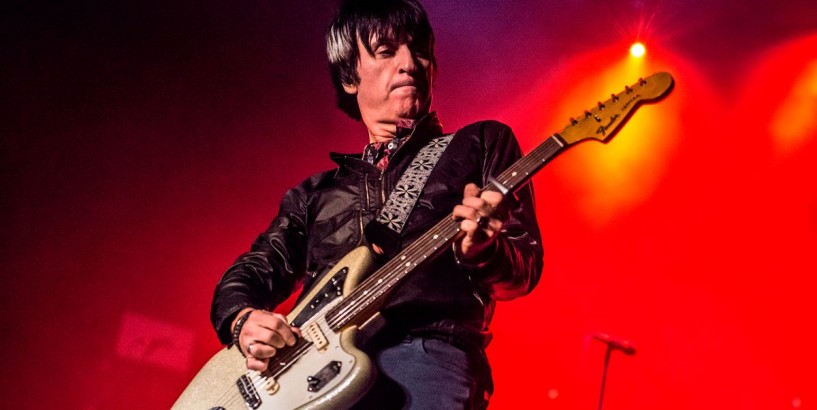 Share By Andrew Bardsley 06:00, 17 MAY 2020 What's On Johnny Marr (Image: ) One aspect of the lockdown that some have embraced is the potential for self improvement and learning.

People have been working on their baking skills, doing DIY or taking the opportunity to read more.

Those who play instruments have also been seeking solace in playing music.

And what could be better to cure a bout of boredom than playing along to some of your favourite songs.

Some of our most famous guitarists have been posting videos online, showing how to play some of their most famous tunes.

There are some videos which will challenge even the most experienced players, while others are more suitable for the less advanced.

The internet is full of instructional videos of how to play famous songs, but here are some of the best videos with musicians showing how to play their own songs to get you started.

Laura Marling (Image: Rich Fury/Invision/AP) Singer-songwriter Laura Marling has taken to Instagram during the lockdown, to post tutorials of how to play some of her songs.

So far she's posted 12 separate videos, where she takes us through the different chords and sings along.

You can follow along with her lessons live on Sundays at 7pm, or watch back later.

Instagram Some songs are more difficult than others, with some using non standard tunings, and a range of styles including finger picking and chords being strummed.

But put some time and effort into the lessons, and you'll be rewarded.

James Bay (Image: DAILY RECORD) James Bay is another singer-songwriter who has got in on the act.

He has posted a few videos of how to play his songs, including his single Hold Back The River, which went to number two in the charts back in 2014.

Again there are different tunings and different styles on show, with enough to keep experienced guitarists on their toes.

His lessons on YouTube usually last anywhere from 20 to 30 minutes, and James also responds to questions from fans posted in the comments to the videos.

And anyone watching James' or Laura's videos will quickly appreciate the incredible skill of being able to play such intricate guitar parts, while singing at the same time like they do.

Sign up to CityLife's free newsletter from the The Killers' Brandon Flowers is appearing on United We Stream alongside New Order and Elbow next week Ed O'Brien (Image: Steven Farrell) Radiohead have always had a strange relationship with arguably their biggest hit, Creep.

For long periods they refused to play it live, but in a video on YouTube , guitarist Ed O'Brien very simply breaks down the song into four chords.

This is more suited to beginners, as there only four chords in the whole song, and the third and fourth chords only have slight variations.

And when you get more confident, you can play the notes like it does in the song, rather than just following the chords.

This is a great song to play along to using an electric guitar, with the amp cranked up.

Johnny Marr Johnny Marr (Image: Joel Goodman) As Smiths fans will know, Johnny Marr is in a league of his own as a guitar player.

He makes the notes he plays look so easy, whereas in fact they are anything but.

In this video for guitar manufacturer Fender , Johnny takes us through The Headmaster Ritual, the opening track from The Smiths' 1985 album Meat Is Murder.

There are a lot of different, intricate parts to master in this song, but with a lot of pausing the video and practising, it will feel very rewarding to play just like Johnny.

He posted a short video on his Twitter page, showing how to play the short riff.

Again, there is plenty going on even in this short piece of music, including having to bend notes, and using 'hammer-ons' and 'pull-offs'.

But once you've mastered that, it's a great piece to add to your musical locker.