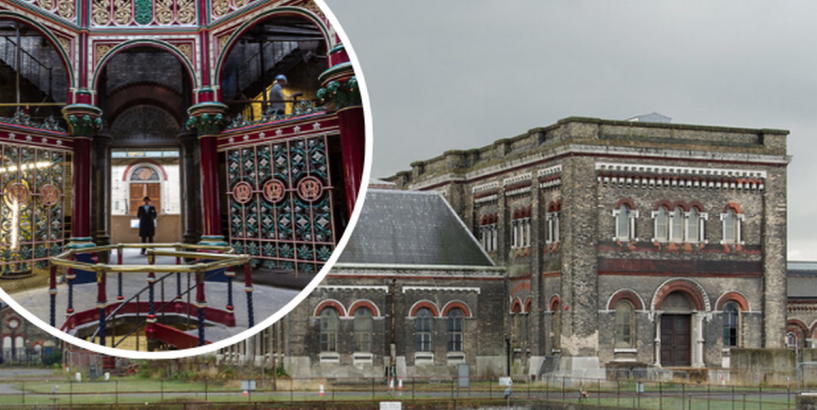 Sign up to FREE daily email alerts from MyLondon - MySouthLondon News Subscribe We will use your email address only for sending you newsletters. Please see our Privacy Notice for details of your data protection rights Thank you for subscribing See our privacy notice Invalid Email Sewage, a Grade 1 listed building and parties don't normally sound like a winning combination.

But hidden beneath the depths of South London is a structure that combines all three - and it's available for hire.

A former pumping station probably isn't your first choice of venue for a special occasion, but one that lies underneath the London borough of Greenwich is worth considering.

It was built in 1865 following a sewage crisis that took place in 1858 labelled the ‘Great Stink’ (Image: Christine Matthews) The site was the first underground sewage pumping system in the world and made London a pooey pioneer.

It was built in 1865 following a sewage crisis that took place in 1858 labelled the ‘Great Stink’.

Read More Related Articles The incredible story of the secret 400-year-old aqueduct in North London The Great Stink occurred in 1858 when sewage levels in London became unbearable and the amount of waste deposited on the streets and in the water meant around 20,000 people died of cholera.

Only after the smell got so bad did Members of Parliament realise action was needed.

The Crossness Pumping Station system was designed by Joseph Bazalgette and is comprised of a series of pumping stations and tunnels designed to transport raw sewage away from the river Thames in Central London.

The incredible building can be hired out (Image: Christine Matthews) The sewage would be carried to a point where it could be released into the Thames on an ebb tide that would carry it out to sea, removing it from the streets and saving London from a sticky end.

In the 1980’s Thames Water tried to demolish the buildings but they are still available to visit thanks to the Greater London Industrial Archaeology Society.

Join the My Olde London group We've created a Facebook group for people who want to share their memories of London.

Whether it's old schools, sorely missed shops or nightclubs you wish you could have one last drink in, you can post your nostalgic pictures in this group to see who else can remember.

You can also share your anecdotes from north, south, east, west and central London and connect with other people.

The Crossness engines are now a Grade 1 listed building and are being looked after by the Crossness Engines Trust.

The engines were restored in 1987 and on specific Sundays members of the public can visit the site to watch steaming take place.

The stunning venue equipped with original Victorian ironwork is also available or hire.