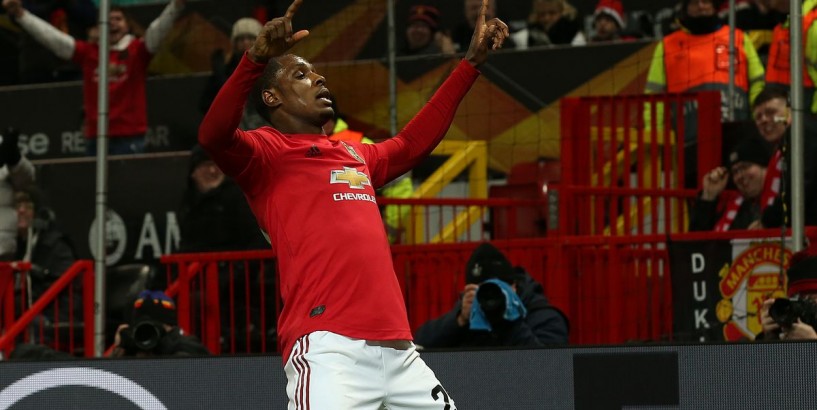 Share By Tyrone Marshall Senior Football Writer 06:00, 26 MAY 2020 Sport opinion Odion Ighalo celebrates his first goal for United (Image: 2020 Manchester United FC) Sign up to FREE email alerts from Manchester Evening News - Manchester United FC Subscribe When you subscribe we will use the information you provide to send you these newsletters. Sometimes they’ll include recommendations for other related newsletters or services we offer. Our Privacy Notice explains more about how we use your data, and your rights. You can unsubscribe at any time. Thank you for subscribing We have more newsletters Show me See our privacy notice Invalid Email Odion Ighalo will have dreamed of his Manchester United adventure lasting longer than eight games, but the boyhood Red will at least end his time at Old Trafford having never been on the losing side.

Few United players leave the club with a record like Ighalo's. There have been six wins and two draws. Four goals in three starts. In the 356 minutes he spent on the pitch United scored 12 times and conceded none.

When the loan signing of Ighalo from Shanghai Shenhua was announced on deadline day in January it was widely ridiculed. Even many United fans were sceptical of the decision to sign a striker who had gradually gone cold at Watford and spent the last three years out of the public eye in China.

Ighalo crammed his United career into just 25 days and yet as he prepares to say his farewell this week - barring a late break in the impasse with Shanghai Shenhua to extend his loan - he will go with the appreciation of his fans and having probably changed the club's transfer strategy in the short-term.

If there was any doubt about the need for a back-up striker in the squad then Ighalo's impact has taken it away. It's not just the reliability he's offered in cup games, scoring against Club Brugge, Derby County and LASK Linz, but the way he's been able to take the pressure off Anthony Martial .

Read More Related Articles Manchester United's summer priority has been confirmed United have relied on Martial and Marcus Rashford this season, but Ighalo afforded the Frenchman a rest in cup competitions and was a reliable option from the bench in the league. He could have easily scored against Chelsea and Everton while his cameo against Manchester City only lasted for a few minutes, his touch and hold-up play when United had their backs to the wall was exceptional.

United wanted to keep Ighalo beyond the end of this week and the 30-year-old wanted to stay. That now looks unlikely and while Ole Gunnar Solskjaer is said to be relaxed about the situation due to Rashford's return from injury, it means the burden returns to him, Martial and Mason Greenwood if the Premier League, FA Cup and Europa League all manage to resume over the next couple of months.

Such was Ighalo's impact in the space of four weeks that he went from a derided loan signing to somebody many supporters hoped would sign permanently. There is little chance of that happening but he would have ticked plenty of boxes, being happy to play a back-up role, now proven at the club and not blocking the development of Greenwood.

Read More Related Articles Odion Ighalo set to leave Manchester United this week Read More Related Articles Sign up for our free Manchester United email newsletter Ighalo has certainly made it clear that Solskjaer must pursue another striker to add to his squad this summer. With Jadon Sancho and Jack Grealish the top targets in the next window , it would be unlikely that the club could plot a move for an elite-level striker as well, especially with Ed Woodward admitting this summer won't be "business as usual" in the wake of the coronavirus pandemic.

Instead Ighalo has shown the way the club should go. There is no need this summer to spend millions on another world-class centre forward. United have Greenwood in development and will want to leave the door open to a potential move for Borussia Dortmund striker Erling Haaland in a year or two.

What Ighalo also added was experience to a young squad. After beating City in the final Premier League game before the season was suspended Solskjaer said he felt his side needed more of that before they would be challenging for the title. Now Ighalo is returning to China they will need to replace the nous he brought to the club.

Finding a short-term fix such as Ighalo will be no easy task, but in just over 350 minutes he's shown how valuable a back-up striker can be. United have to find another player who can fill that role next season. If they do then Rashford and Martial will both benefit.