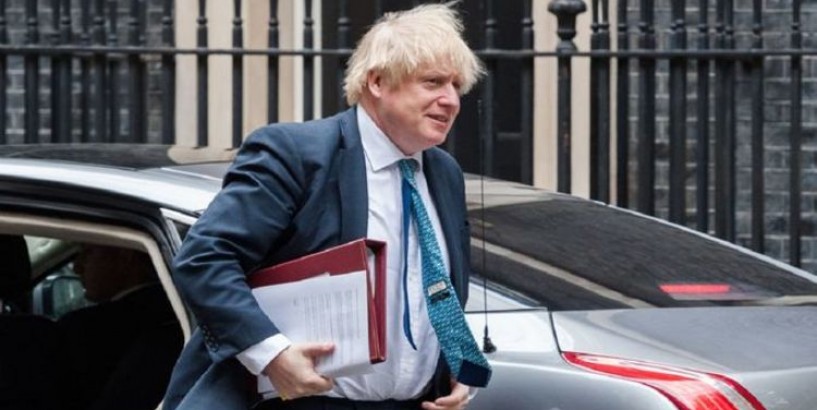 An anonymous official told the Financial Times that Johnson is under pressure to have a “broad agreement” in place by the summer. The source told the paper: “We can’t still be having this conversation in September of October”.

Brexit talks to agree a deal between Brussels and the UK have reached a deadlock as both sides seek concessions from the other.

The next round of negotiations are due to commence this week before the proposed summit between Boris Johnson and Ursula von der Leyen.

The upcoming talks will be key, with an unnamed senior EU official telling the Guardian that there is a risk of “going into July with a major problem” if there was not some progress on both sides.

It is understood that one of the sticking points at the moment is fair competition between EU and UK companies.

According to CityAM, Brussels has said it would like the UK to implement regulations on, for example, labour laws and environmental protection that would closely follow EU ones.

In return, it said that it would carry on trading with the UK with zero tariffs.

Meanwhile, an EU source has told Express.co.uk that the EU “expects more engagement from Britain” in order to move the talks forward.

The Brexit talks have been frustrated by the coronavirus crisis, which has meant that officials have had to rely on video chats rather than meeting in person.

For Johnson, the timing of the two crises means that on one hand, the Prime Minister must oversee one of the most long-awaited trade deals the UK has faced.

And at the same time, he must oversee the country’s response to one of the worst public health emergencies in recent times.

One option would be to extend the transition period – which would give more time for negotiation but also see the UK tied to EU rules for a longer amount of time.

This would need to be done by June 31. Johnson has repeatedly ruled this out, however.

Former Brexit Secretary David Davis recently hit out at the EU on radio talk show LBC for offering a two-year extension to the talks.

He said: “every single time we extend we weaken our position and strengthen theirs”.

Both sides are seeking to reach a broad agreement by June 30. The EU has said that before a wider free trade deal can be secured, an outline agreement must be in place, the Guardian reports.

Stefaan de Rynck, senior adviser to Michel Barnier, told a webinar at the Institute for Government on Friday that he would be “surprised” if an agreement was reached by the end of June, the Guardian adds.

It’s a sentiment that is echoed by UK chief negotiator David Frost, who told a select committee this week that he was “beginning to think” that missing the June deadline would be the case.

If a breakthrough in Brexit talks is not reached by June, it brings the possibility of a ‘no deal’ scenario even closer.

It remains to be seen whether the two sides will reach an agreement on any key issues in this week’s fourth round of talks, or when Johnson meets with van der Leyen later this month.

It’s understood that a date has not been confirmed at the time of writing for when the two will meet.