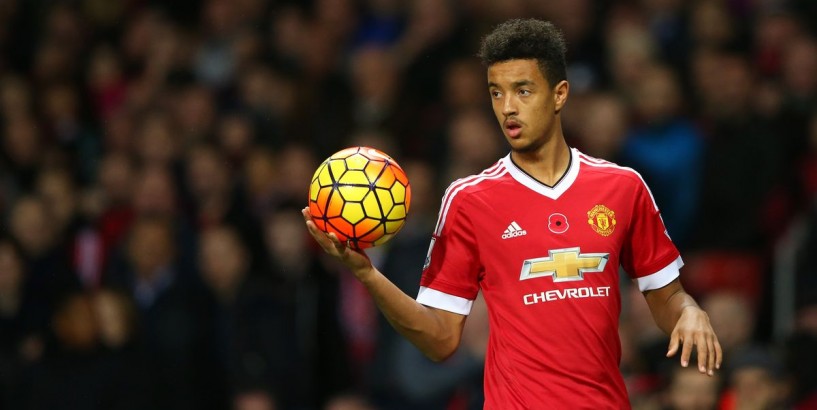 Share By Richard Fay 06:00, 29 MAY 2020 Sport opinion Cameron Borthwick-Jackson started brightly during his United career Sign up to FREE email alerts from Manchester Evening News - Manchester United FC Subscribe When you subscribe we will use the information you provide to send you these newsletters. Sometimes they’ll include recommendations for other related newsletters or services we offer. Our Privacy Notice explains more about how we use your data, and your rights. You can unsubscribe at any time. Thank you for subscribing We have more newsletters Show me See our privacy notice Invalid Email A year ago very few Manchester United fans would have known who Brandon Williams was.

The youngster was quietly impressing in the youth ranks at Old Trafford, but he was far from the star player in an academy system which included the likes of Mason Greenwood, Angel Gomes and Tahith Chong.

Williams played the majority of his football for the United U18s last season, scoring four times in 23 appearances before he was eventually rewarded with a promotion to the U23s.

The 19-year-old's first taste of a senior matchday squad came last March when he travelled as part of the squad to face Paris Saint-Germain in the Champions League, failing to make the bench, but still gaining valuable experience from being involved in the famous night.

After more impressive form a promotion to the U23s was on the cards, where he finished the season with three appearances, but his pathway to the first-team still looked highly unlikely.

Ole Gunnar Solskjaer did not take Williams on the pre-season tour last summer and the young full-back was judged to be below Ethan Laird in terms of reputation as a potential first-team candidate. Many teenagers might have become jealous at having seen the likes of close friend Greenwood being integrated with the first-team, but instead the versatile defender used it as motivation for his own development.

Read Ole Gunnar Solskjaer’s biggest Manchester United problem is about to be put to the test Read Manchester United transfer plans could change because of Angel Gomes Williams returned from a training camp with the U23s as an authoritative figure, and despite his lack of game time at such a level captained them at the start of the current season. Impressive performances followed, and before he knew it the teenager was making his debut against Rochdale in the Carabao Cup last September.

His rise to stardom was a rollercoaster, but there was still reason to be sceptical. United fans have seen countless times before a youngster burst onto the scene before a range of reasons have curtailed such promise.

One such example is that of Cameron Borthwick-Jackson. Following an horrific injury to Luke Shaw in the 2015/16 season Louis van Gaal turned to the youngster, giving him 14 senior appearances before the season was over.

Borthwick-Jackson takes on Willian as United faced Chelsea in 2016 The young left-back finished the season a key figure in the U21s title win and won the U21 Player of the Year award, his reward was a new long-term contract at United. He never played for the first-team again.

Following the sacking of his mentor Van Gaal it was soon clear Borthwick-Jackson had no place in the squad under Jose Mourinho. Frustrated with the lack of playing time the left-back ventured to Wolves for an unsuccessful loan-spell which ended early, while a year after a similar deal at Leeds was also terminated as he returned to Old Trafford both down the pecking order and down on confidence.

After dropping down the divisions Borthwick-Jackson made a decent impact on his loan spell at League Two Oldham earlier this season, but with his deal up at the end of the season it looks like he might have finally found his level.

Read Louis van Gaal slams Manchester United for failing to keep transfer promise Read Where Manchester United and Man City sit in Europe's top 20 valuable clubs list For young Williams the fall of such a promising talent is one which he must be wary of and it is crucial he acknowledges that patience will be crucial in his long-term success in the game. He, like Borthwick-Jackson, got an opportunity when Shaw was out of the team, but their differing responses have been telling.

Having made 26 appearances this season Williams is seen so much as a rival to Shaw that United ended their search for a new left-back signing, while Borthwick-Jackson left because he feared he wouldn't get a chance.

After another fine run of form Shaw is again the first-choice left-back at United for the moment, and it is now down to Williams to ensure he doesn't get too comfortable.