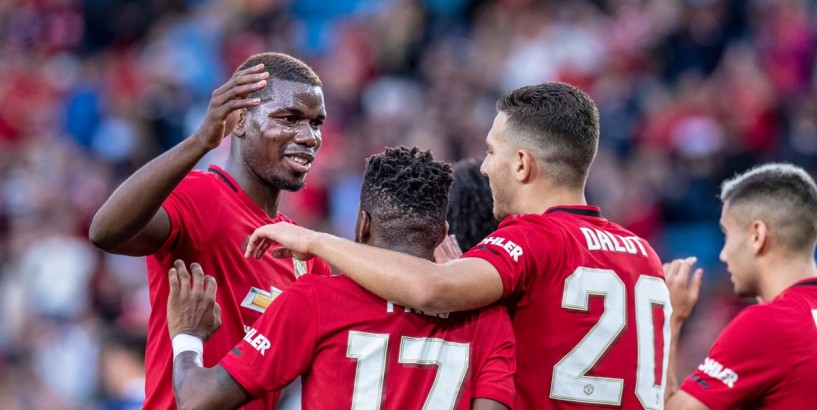 Just over a year ago Fred made his Manchester United debut in a home win against Leicester in the Premier League, but now it might finally be time for him to prove himself as a new reliable first-team player.

The Brazil international has failed to grasp his opportunity in the squad under two managers yet could make a strong case for his inclusion this weekend.

In the absence of Paul Pogba the team will need a new versatile midfielder, one who can carry out a defensive duty as well as pose an attacking threat with a varied passing display. Fred could well be the man to help fill the void and show exactly what Solskjaer has been missing so far this season.

The United manager has already hinted he might restore faith in the experienced duo of Juan Mata and Nemanja Matic for the match, but in Fred he has a crowd favourite who still poses somewhat of an enigma on the teamsheet.

Leicester will know what to expect if they see Matic on the team-sheet on Saturday afternoon, but an inclusion for Fred might be the wildcard required in giving United a chance.

Prior to the dismal draw with Southampton it was the role of Marcus Rashford which was intensely scrutinised, and it will be a case of deja vu this weekend.

Anthony Martial is set to miss his second game in a row which means it will be down to the England international to lead the line and try to find a way through for United.

Speaking during pre-season, Solskjaer reiterated his faith in Rashford, something he showcased the last time these two sides met with a brilliant winner at the King Power. However, the 21-year-old continues to express his desire to play in a central attacking role and has a huge task on his hands this weekend if he is to answer his critics.

It has been an uneasy start to the new season for Victor Lindelof, but alongside Harry Maguire he has a point to prove this weekend. Together the partnership cost the club in excess of £110m to sign, and this weekend they are tasked with the striker who cost Leicester just £1m.

Jamie Vardy has scored more Premier League goals than any other player since Brendan Rodgers’ first game in charge on March 3. His twelve strikes have been crucial in The Foxes' revival and United will need to be at their best to stop him.

All eyes will be on Maguire as he faces his former club, but the performance of Lindelof will perhaps be the one which decides where the points end up.

Solskjaer has championed the club's academy system since he joined the club, and to be fair to him they have been given a chance. Yet some fans feel the likes of Angel Gomes and Mason Greenwood should have had a larger role than they have played so far in the season.

Greenwood is the only member of the quartet which shone on pre-season to have any minutes this season, and even they have come rather late into matches.

Fans were pleased when the 17-year-old came on with time to make a difference against Southampton last time out, but now it might be time for Gomes and Chong to get a fairer chance in the first-team.

James Garner has consistently shone in the youth side this season, while Dylan Levitt was in the senior Wales squad again. Brandon Williams is the obvious candidate to help quell the current full back dilemma, and supporters will be hoping to see some more fresh faces this weekend.