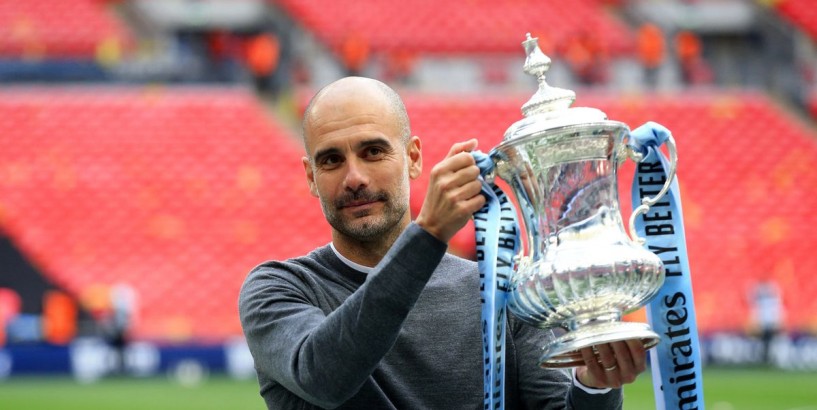 Share By Joe Bray 06:00, 23 MAY 2020 Sport opinion Pep Guardiola would love to lift his second FA Cup with Manchester City this season, Sign up to FREE email alerts from Manchester Evening News - Manchester City FC Subscribe When you subscribe we will use the information you provide to send you these newsletters. Sometimes they’ll include recommendations for other related newsletters or services we offer. Our Privacy Notice explains more about how we use your data, and your rights. You can unsubscribe at any time. Thank you for subscribing We have more newsletters Show me See our privacy notice Invalid Email Manchester City could have been playing in their second successive FA Cup final this afternoon.

Today was meant to be the showpiece in the English football calendar, but now looks set to be completed over the summer, likely without any fans present.

Of course, City have still got to navigate a tricky quarter-final at St James' Park against a Newcastle side who have become a bogey side away from home in the last two seasons. Then, they could face any of Sheffield United, Arsenal, Norwich, Manchester United, Leicester or Chelsea in the semi-finals and potential final. Even Norwich, the 'easiest' of the remaining sides, have beaten City this season.

Given Pep Guardiola's dominance in domestic football over the last three years, though, City would back themselves to be among the favourites to retain their title as FA Cup winners. Last season's demolition of Watford might have sealed an unprecedented domestic treble, but lifting the famous trophy again could carry even more importance.

That is because as well as continuing his impressive record when it comes to lifting trophies, Guardiola will also be well aware that the FA Cup could be the first opportunity to win some silverware after Liverpool win the Premier League.

Read More Related Articles Benjamin Mendy explains Man City players' stance on restarting Premier League season Read More Related Articles Phil Foden among Man City players seen arriving at training ground City will largely want to forget their league campaign this season, but they can still make a success of the campaign by adding to the Carabao Cup they have already won. Then, of course, there is the Champions League which remains City's ultimate prize. Adding at least one more trophy would make a disappointing season into a good one.

One benefit to being so far behind Liverpool is the freedom it will give Guardiola to prioritise the FA Cup and Champions League when the Premier League does return. Unlike some of the other quarter-finalists, City can pay full attention to the cup.

The league is gone, so there is nothing to lose by playing full strength sides in the two remaining cups City can win.

Read More Related Articles Man City stance on selling Sergio Aguero revealed and more transfer rumours If City were to get to Wembley, it might be an eerie setting without fans, but this is a team who won't let any distractions stop their hunt for as much silverware as possible.

Winning the cup would give City a confidence boost going into a reported end-of-season Champions League knock-out tournament, and into next season's battle to win back the Premier League - not to mention the tantalising Community Shield clash with soon-to-be Premier League champions Liverpool.

It would also send a strong message to Klopp's men, who are already out of the cup. It would show them that this City side are still hungry and know how to bounce back. It could be the catalyst they need for next season's title challenge.