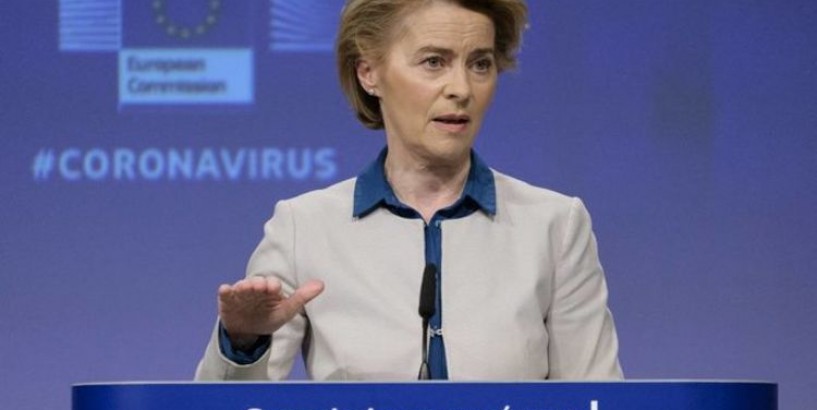 The Southeast Asian country has seen its manufacturing and exports hit hard by the coronavirus pandemic. It is the latest in closer relations between the country and the EU: In 2019, they signed a Trade Agreement and an Investment Protection Agreement.

The National Assembly almost always ratifies the Vietnamese governments proposals, and this time did so by 94 percent.

The EVFTA is the EU’s second deal with a member of the Association of Southeast Asian after Singapore.

The deal is expected to come into full effect in July.

VIETNAM has struck a free trade deal with the EU on Monday, in what appears to be a major snub to China. (Image: GETTY) Economist Pham Chi Lan, former adviser to several of Vietnam’s prime ministers, said that the EVFTA “can’t come at a better time for Vietnam when it’s on the path of economic recovery after several months of closure due to COVID-19”.

The pandemic revealed shortcomings in its manufacturing sector.

While Vietnam’s own factories were safe to open, they could not operate because they sourced their materials from China, particularly for major export products in textiles, footwear and electronics.

Lan said: “COVID-19 has given Vietnam a hard lesson about being dependent on China.

“It also showed other countries, including the EU, the negative impacts of relying too much on China in their product value chain and the EVFTA comes in the right time as all parties realise they need to pivot and restructure to diversify the supply chain.”

EU deal: The deal has been seen as a blow to China (Image: EXPRESS) Related articles South China Sea tinderbox: Vietnam braces for showdown with Beijing Vietnam travel: ‘Junk’ get a whole new meaning Vietnam will now have a transition period of up to 10 years for some of their imports, such as cars.

The deal will increase access to Vietnam’s services, including postage, banking and shipping and public procurement markets.

By ratifying the deal, Vietnam has also agreed to align some of their export standards with the EU’s strict requirements.

They will also have to protect EU food and drinks, I.e. French champagne and Greek feta cheese, fro Vietnamese imitations.

In response, the EU will lift 85 percent of its tariffs on Vietnamese goods, gradually cutting the rest over the next seven years.

Vietnam will also lift 49 percent of its import duties on EU exports and phase out the rest over 10 years.

US deaths near 110,000 as global cases nudge towards SEVEN MILLION [MAP]

Vietnamese deputies in the National Assembly voted overwhelmingly in favour of the European Union Vietnam Free Trade Agreement (EVFTA).The National Assembly almost always ratifies the Vietnamese governments proposals, and this time did so by 94 percent. (Image: PA) But critics have taken issue with the EU’s deal due to Vietnam’s record on human and labour rights.

According to the Human Rights Watch’s world report on Vietnam, the country “did little to improve it’s abysmal human rights record in 2019”.

In an attempt to address concerns, in the deal is included some commitments to improve those areas.

The deal is expected to come into full effect in July. (Image: PA) Related articles Brexit warning: UK MUST quit on time to counter Russia threat, says MP Brexit bombshell: Chance of no deal 'higher than ever' Vietnam has also seemed other countries to door trade deals with: A priority for the country is easing restrictions in place for trade with Australia.

Vietnam Plus has reported the two ministers agreed on ways to work together to restore supply chains and to put each among the other’s top 10 trading partners, providing broader access for agricultural produce.

An agreement was reached regarding the resumption of shipping and airfreight between the two countries, with great effort to be placed on diversifying supply chains so they are less dependent on certain suppliers.