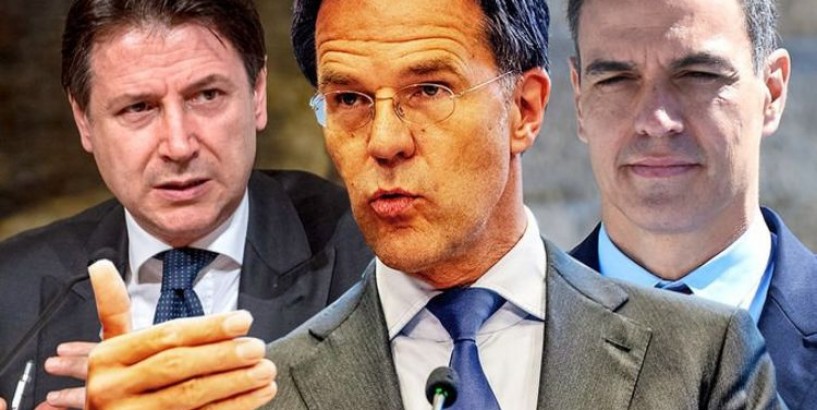 Italy and Spain are not as corrupted compared with the Bankers of the EU and the bankers of the UK. This as nothing to do with bribes and payoffs, it as everything to do with to make these two catholic nation slaves to the usury of debt. This as happened to Greece and now the bankers having manipulated the system to turn it against Italy and Greece. The loans will be paid out to countries which need to return back the usury money back wit % and the grants will be given to countries who do not need to repay anything back without usury. So I wonder which two countries will not be allowed to repay the usury fee back? I am sure that will be Germany and France, however the other EU nations will need to work and repay the usury fee back with additional interest. This is because of the EURO currency, Italy do work, and they work hard. you are clearly narrow minded, and btw much of the manufacturing base in Germany is depended on Italian machinery - if Italy gets out of the EU - the entire EU project is finished completely. And I believe this is the best thing Italy can do - get out of the Atheist EU and return back to the Lira and control there OWN currency without the EU bankers and bureaucrats.