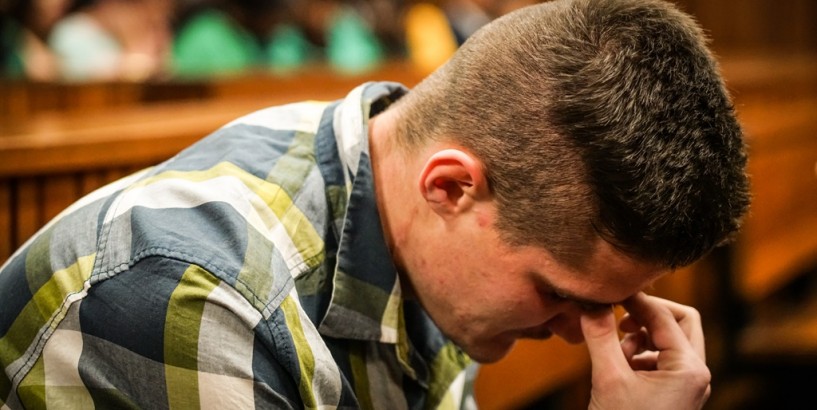 The National Prosecuting Authority (NPA) in the Gauteng Division says the purpose of the seven-year-old girl raped in the bathroom of a Dros in Pretoria taking the witness stand is not for her to relive the traumatic event.

The NPA was responding to concerns raised from the public after the news that the girl would be testifying in court in the case against Nicholas Ninow, her alleged rapist.

"Family members and the entire society can rest assured that the purpose of calling for her testimony is not to place the complainant in a position where she has to relive the traumatic event," NPA spokesperson Phindi Mjonondwane said in a statement on Tuesday night.

Mjonondwane said the purpose of calling the child to take the witness stand in camera (behind closed doors) is to place before the court evidence that seeks to counter-argue Ninow's version of events on the day of the crime.

The State did not accept aspects of Ninow's plea explanation on the basis that the details did not align with its case, News24 previously reported.

It asked the court for the matter to go to trial.

Ninow pleaded guilty to rape, possession of drugs, defeating the ends of justice but not to assault.

A kidnapping charge was withdrawn by the State.

In his plea explanation, Ninow claimed he had gone to the female's bathroom to use drugs when the victim came in and told him she wanted to urinate.

He then pulled down her pants and put her on the toilet, he said. He confessed to sexually assaulting her.

The State believes there were inconsistencies in Ninow's account of the events and therefore, the sole purpose of calling the child to testify was to place before court evidence that counters what he had told the court.

"We are mindful of the fact that Ninow tendered a guilty plea in the count of rape and since this is not in dispute, there is therefore no need to place such evidence before court," said Mjonondwane.

She added that the testimony from the child would be a brief one with the support of an intermediary.

Mjonondwane said senior prosecutor Dorah Ngobeni is expected to close the State's case on Wednesday and was expected to make submissions that Ninow be imprisoned to life behind bars in line with the Minimum Sentences Act 105 of 1997.

"The NPA strives to provide a victim-centric service and prosecutors remain committed to protecting victims of these heinous crimes."

The trial continues on Wednesday.