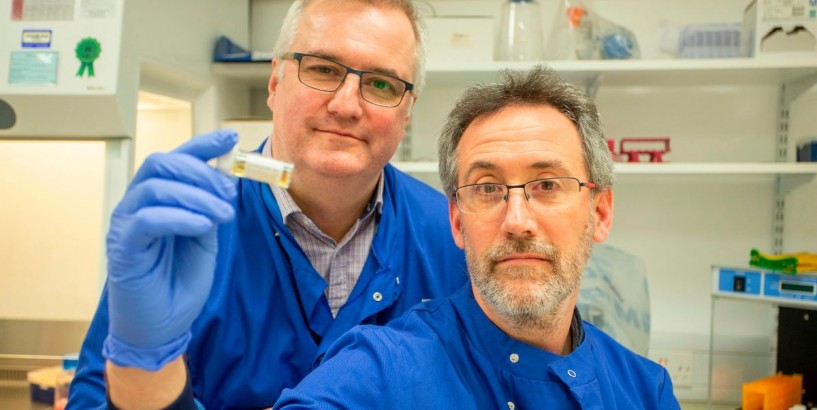 Coronavirus: UK scientists starting trials of drug that fights off infection next week

A British team has received the green light to begin Phase II human trials of a drug that could help hospital patients fight off the coronavirus infection. The new hope of a breakthrough came as the death toll jumped by 33, taking the UK total to 104.

The global race to find a treatment has been joined by a team from Southampton University.

They have been developing a drug known as SNG001 to help people with chronic lung disease fight off viruses and believe it could have the same effect on Covid-19.

Up to ten hospitals will begin giving the inhaled drug to 50 patients next week and a further 50 will receive a placebo.

If effective, it could be available for wider use within months.

“But that’s why we need to do this study, to understand whether the drug does work.

“If we see positive signals of safety and benefit in patients, we can then move rapidly into much larger studies and even into treatment. I’m optimistic and we will soon see the results.”

The development comes as Boris Johnson revealed that Public Health England is close to perfecting an antibody test that will be a game-changer for diagnosis.

Sir Patrick said: “It is a game-changer. It allows you to understand the proportion of the population who’s had this disease but hasn’t had symptoms.

The Government has announced schools will close from tomorrow and it is believed London could soon go into lockdown to slow the spread of the disease, with the Tube service cut back and 40 stations shut.

The Army is deploying 20,000 troops to combat the crisis and the Queen has escaped the capital, dubbed a city of superspreaders, for the sanctuary of Windsor.

On Thursday, emergency legislation is being presented to parliament to allow the government to implement lockdown measures.

Every school in the country is set to close from Friday onwards until the summer.

More than 200,000 confirmed cases of coronavirus have been reported around the world and around 9,000 people have died