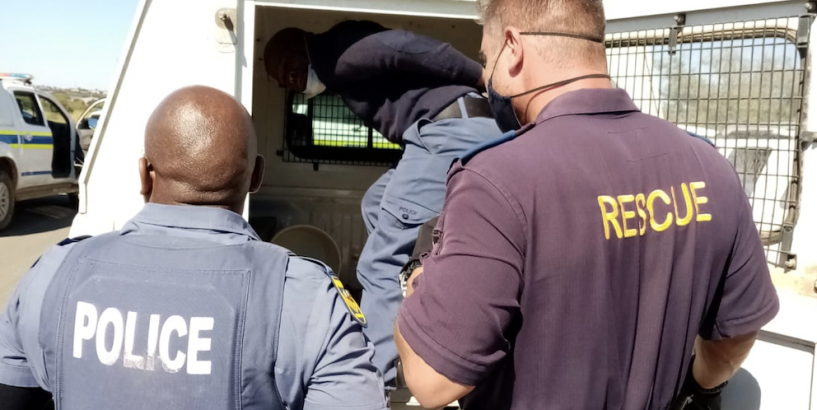 Two police officers and an accomplice are behind bars after being arrested for their alleged involvement in a business robbery in Kimberley on Saturday.

An undisclosed amount of cash and 25 cartons of cigarettes were allegedly stolen.

According to Northern Cape police spokesperson Brigadier Mohale Ramatseba , i t is alleged that at approximately 18:00 two police officers attached to the Roodepan police station and a civilian accomplice stormed into a local tuck shop in Kimberley and robbed the owner.

"The two police officers were arrested at their place of work and their accomplice was arrested at his residence in Roodepan."

It is alleged one of the police officer was wearing a police uniform during the robbery. An undisclosed amount of cash was allegedly found in possession of the civilian and was confiscated.

The three suspects are expected to appear in the Kimberley Magistrate's Court soon on a charge of business robbery.

The investigation by the Trio Task Team is continuing, said Ramatseba.

"The South African Police Service in the Northern Cape will do everything possible to ensure that rotten police officers are exposed and sent to jail, where they belong," said Shivuri.