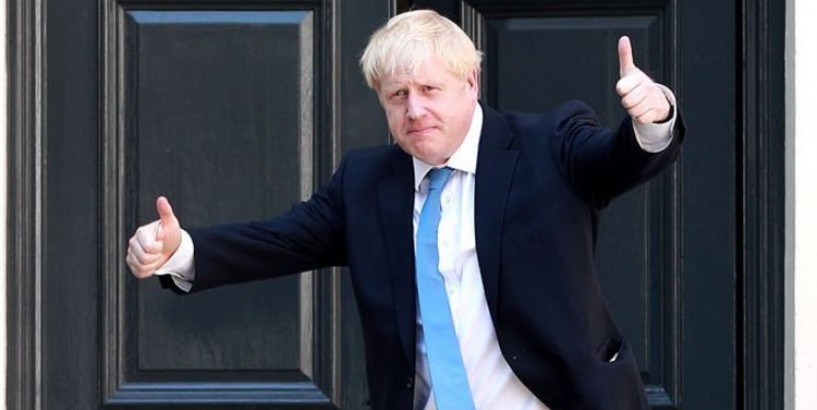 The UK has seen a big drop in output since COVID-19 hit with some predicting the steepest recession in 300 years. The Government has also committed to radical planning reform in a bid to boost economic growth and provide Britons with more homes.

Related articles Brexit deal WARNING as 'poison pills' could undermine sovereignty Boris Johnson to ease restrictions to help Britons commute According to the Sunday Telegraph, Mr Sunak will shortly announce a programme of tax and red tape cuts that will come into effect next year after the Brexit transition period has ended.

Prime Minister Boris Johnson has already ruled out any extension to the Brexit transition period, during which the UK continues paying into the EU’s budget and adhering to many European regulations.

Earlier this month Mr Sunak announced an immediate stamp duty holiday on properties worth up to £500,000 in a bid to support the housing market.

The Chancellor is also planning to create ten new “freeports” within a year of the transition period ending according to the Sunday Telegraph.

The Government is reportedly planning a series of radical tax cuts (Image: GETTY)

Britain could be facing its deepest recession in 300 years due to the coronavirus pandemic (Image: GETTY) These areas would have more relaxed planning restrictions in a bid encourage investment and development.

The paper reports cities, towns and regions will be able to bid to become a “freeport” after this autumn’s budget.

Those which are selected will reportedly see cuts to stamp duty and business rates, capital allowances and planning law relaxation.

A second wave of measures will then see national insurance contributions, import VAT and customs duties slashed for the new freeports from April 2022.

Planning regulations could be loosened in ten "freeports" (Image: GETTY) Trending This will be 18 months after the UK finally leaves the European single market at the end of this year.

There are currently 3,500 freeports around the world but none in the UK due to EU market restrictions.

Mr Sunak is said to be developing the plan with President of the Board of Trade Liz Truss and Housing Secretary Robert Jenrick.

Separately Michael Gove, Chancellor of the Duchy of Lancaster and a leading figure within Mr Johnson’s administration, wrote an article reiterating his support for Brexit.

Britons SPLIT over whether face masks should be made compulsory [POLL]

Farmers protest in Westminster against any loosening of rules to secure a US trade deal (Image: GETTY)

“Instead of being lodgers under someone else’s roof we are choosing a new place in the world where we’re in control.

“Four years after we made the decision to leave the EU, the reasons for moving are stronger than ever.”

He added: “Taking back control of our economy means we can put in place the right measures for our Covid recovery.”

Mr Gove also said an additional £705million would be spent upgrading Britain’s borders to ensure the country is ready to leave the Brexit transition period next year without a new trade agreement if needed.

Trade talks between the UK and EU will resume later this month on July 20.

Britain has seen more COVID-19 cases than any other country in Europe (Image: GETTY)

Thus far Britain has recorded more coronavirus cases and deaths than any other country in Europe.

Mr Johnson has suggested wearing masks in shops could be made mandatory in a bid to combat the disease.