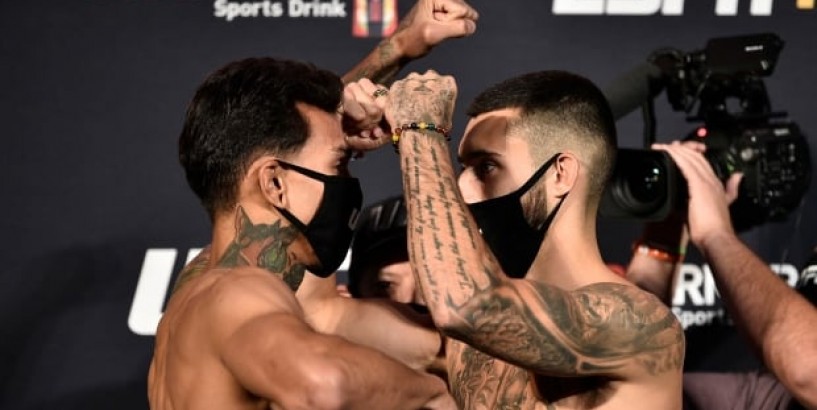 Andre (Touchy) Fili won a split decision over Quebec featherweight Charles (Air) Jourdain in a close fight on the main card of a UFC Fight Night event on Saturday.

UFC sets up Fight Island in United Arab Emirates Jourdain, a 24-year-old from Beloeil, Que., had a good start, lashing Fili's body with kicks. Fili started to find his range but ended on the canvas when Jourdain nailed him with a left to the head with some 90 seconds remaining in the first round,

Fili (21-7-0) slammed Jourdain down to the ground late in the round.

Amanda Nunes dominates Montreal's Felicia Spencer to defend featherweight title Jourdain (10-3-0) scored with leg kicks in the second round, often connecting with Fili's arms. Fili kept moving forward and was more aggressive as the round wore on, taking Jourdain down.

Fili kept the pressure up in the third, taking Jourdain down with three minutes remaining. The Canadian fought his way back to his feet and the fight ended with a good exchange and Fili scoring another late takedown.

The 29-year-old Fili, who was two inches taller at five foot 11, had a five-inch each advantage over Jourdain.

A two-division champion in the Montreal-based TKO promotion prior to joining the UFC, Jourdain was originally signed to fight on the June 20 UFC card in Saskatoon that was cancelled due to the global pandemic.