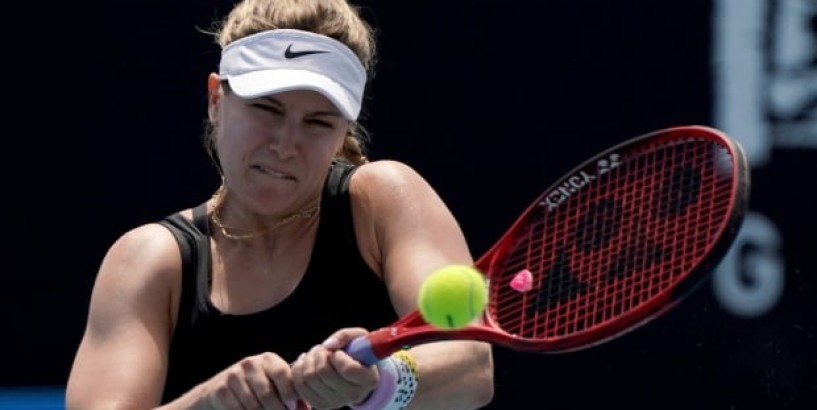 One of only a few live sports to welcome fans in North America amid the coronavirus outbreak, roaring crowds were replaced with masked, socially distanced spectators at the Greenbrier resort in West Virginia, where the entire three-week WTT regular season will take place.

World TeamTennis set to open season with safety measures in place The Smash won 24-18 over the Rollers, while the Orlando Storm took down returning champions Springfield Lasers with an overall score of 21-18.

Eugenie Bouchard of Westmount, Que, the only Canadian in the tournament, lost her doubles match.

Eugenie Bouchard of Westmount, Que., and her American partner Bethanie Mattek-Sands dropped a close set to Kristie Ahn and Asia Muhammad of the Vegas Rollers, but the Chicago Smash went on to claim a 24-18 victory in their World TeamTennis debut. 3:21 Standouts for the day included 28-year-old American Tennys Sandgren, who fired off five of Orlando Storm's eight aces, with his team winning 75% of their first-serve points.

On the Chicago team, 18-year-old Brandon Nakashima took down Sam Querrey 5-3 in the men's singles, as teammates opted for elbow bumps over high-fives.

Djokovic accuses critics of 'witch-hunt', undecided on U.S. Open "At the beginning I definitely was a little bit nervous," Nakashima said on the televised broadcast. "I just tried to stay solid on the baseline on my end."

The event includes several safety measures designed to mitigate the potential spread of coronavirus, including COVID-19 testing for participants and regular temperature checks, with WTT letting a maximum of 500 fans inside the 2,500-person stadium.

A Californian rivalry match between the Orange County Breakers and San Diego Aviators was expected to kick off at 8 p.m. ET on Sunday