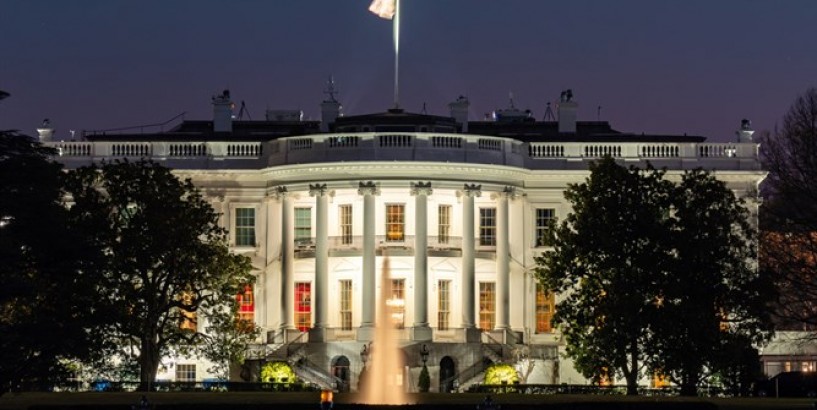 White House iStock The White House is expected to hold high-level meetings this week to discuss whether to give the Israeli government a “green light” to apply sovereignty over Judea and Samaria, Barak Ravid of Channel 13 News reported on Saturday, citing American and Israeli sources.

The meetings are expected to take place Monday or Tuesday and include senior White House adviser Jared Kushner, Secretary of State Mike Pompeo, National Security Adviser Robert O'Brien and US ambassador to Israel David Friedman, who is expected to travel to Washington to attend.

White House envoy Avi Berkowitz had been expected to travel to Israel but stayed in Washington to attend the meetings, according to Ravid’s report.

President Donald Trump is expected to join the discussion at a certain stage, and will make the final call on any decision.

While Friedman supports giving the Israeli government a “green light” for the move now, others in the administration are more cautious, the reported said.

Pompeo returned from his trip to Israel last month with many reservations about annexation, due to concerns about regional stability and internal disagreements inside to Israeli government. Pompeo has appeared to shift since then and move closer to Friedman’s position, sources say.

Kushner's position is unclear. He is not ideologically opposed to sovereignty but is deeply invested in the Trump peace plan and wants to make sure Israel's steps don't undermine it.

One of the main points of discussion will be the disagreements on the issue between Prime Minister Binyamin Netanyahu and his coalition partners, Defense Minister Benny Gantz and Foreign Minister Gabi Ashkenazi.

US officials have said they want to see broad consensus among Israel's leaders on any sovereignty steps.

The White House did not immediately respond to a request for comment.

Several Arab countries, including Jordan and the United Arab Emirates , have warned against the application of sovereignty.

The European Union has also expressed an objection to the move. EU High Representative for Foreign Affairs, Josep Borrell, recently warned Israel against applying sovereignty over portions of Judea and Samaria.

“The European Union reiterates that any annexation would constitute a serious violation of international law. The European Union will continue to closely monitor the situation and its broader implications, and will act accordingly,” he said.