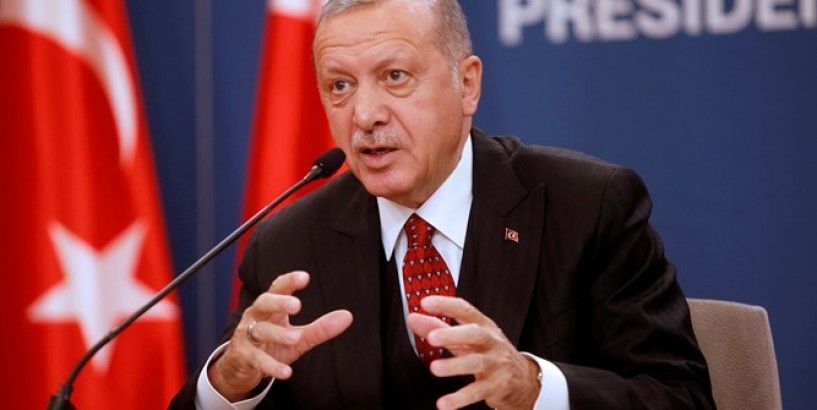 Turkey: We will not agree to annexation in Judea and Samaria

In a video message to Muslims in the US on the occasion of the holiday of Eid Al-Fitr, Erdogan said Turkey is monitoring Israel's plan to annex land while ignoring Palestinian sovereignty and international law.

Erdogan also said that in the eyes of Turkey, the city of Al-Quds (Jerusalem) is a red line for Muslims worldwide.

According to a report by the Jerusalem Center for Public Affairs and State, Turkey has been increasing its presence in eastern Jerusalem, as can be seen from the appearance of the Turkish flags flying there. Its influence can also be seen in restaurants and local clothing stores.

The report also notes that Turkish support for Hamas in Gaza also explains the emergence of Turkish flags among Palestinian Arab protesters on the Gaza border, and that Turkey uses the guise of Muslim "tourism" to gain a foothold on the Temple Mount and other holy sites, possibly with the goal of taking over them.

The coalition agreement between Prime Minister Binyamin Netanyahu and Blue and White chairman Benny Gantz, which stipulates that the government can apply sovereignty over Judea and Samaria this coming July, has caused an uproar in the Arab world.

The plan has been condemned by the Palestinian Authority, which says that an application of sovereignty by Israel would be “illegal”.

The PA has received the backing of the Arab League, which said several weeks ago that an Israeli proposal to apply sovereignty over parts of Judea and Samaria constituted a "new war crime" against the Palestinian Arabs.

Saudi Arabia last week denounced Israel’s plans to apply sovereignty over parts of Judea and Samaria, saying it “denounces any unilateral actions, and any violations of internationally- sanctioned resolutions or any measures that might undermine the chances of resuming the peace process to achieve security and stability in the region.”

Jordan has threatened to review its relationship with Israel if the Jewish state goes ahead with plans to apply sovereignty over Judea and Samaria.