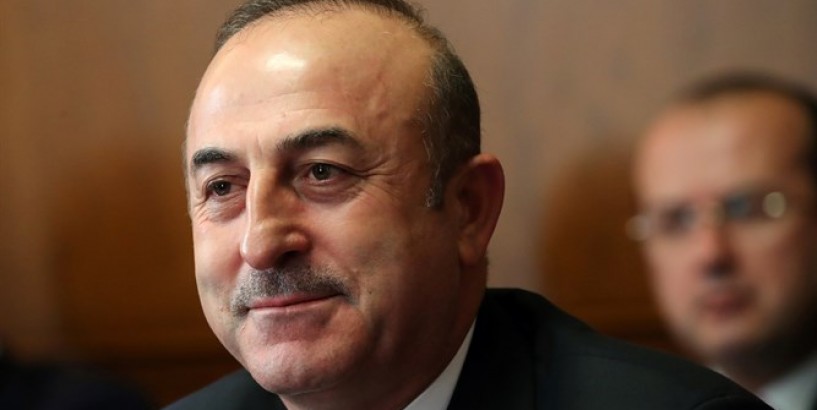 Mevlut Cavusoglu Reuters Turkey on Tuesday slammed Prime Minister Binyamin Netanyahu's pledge to apply Israeli sovereignty to the Jordan Valley if he is re-elected as "racist".

"The election promise of Netanyahu, who is giving all kind of illegal, unlawful and aggressive messages before the election, is a racist apartheid state," Foreign Minister Mevlut Cavusoglu wrote on his official Twitter account.

"Will defend rights and interests of our Palestinian brothers & sisters till the end," he added.

Jordanian Foreign Minister Ayman Safadi also criticized Netanyahu’s announcement and warned that the pledge to annex the Jordan Valley would drag the region into violence.

"Netanyahu's intention to apply Israeli sovereignty over the Jordan Valley and the northern Dead Sea" would "push the whole region towards violence," Safadi said, according to AFP .

The kingdom also called for an urgent meeting of the Organization of Islamic Cooperation (OIC) to develop a plan of action in order to confront Netanyahu’s pledge.

Turkey and Israel have had tense relations in recent years and its leadership, particularly President Recep Tayyip Erdogan, has repeatedly criticized Israel.

In the past, the Turkish President has accused Israel of being a “terrorist state”, and called Netanyahu a “terrorist”, after IDF forces opened fire on infiltrators during a Hamas-led confrontation on the Israel-Gaza border.

In March, Erdogan condemned Netanyahu’s affirmation of Israel as the nation-state of the Jewish people as “blatant racism”.

More recently, Erdogan declared that his country will oppose anyone who supports Israel.