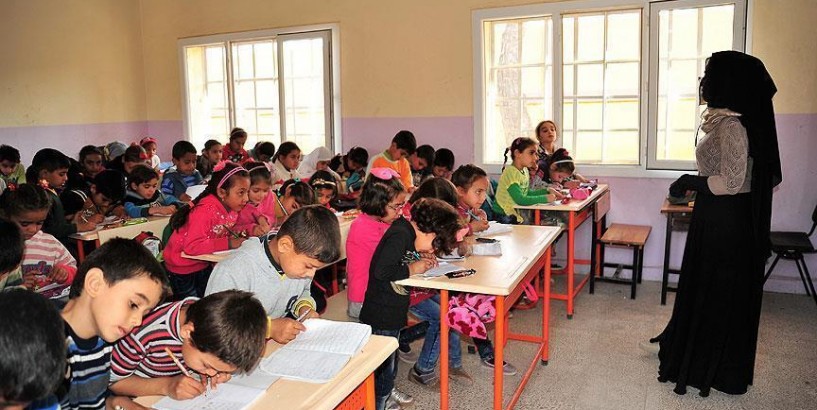 Syrians in Turkey got chance to return to school

Syrians in Turkey got chance to return to school January 9, 2019 at 9:58 pm | Published in: EU , Europe & Russia , International Organisations , Middle East , News , Syria , Turkey Turkey's National Education Ministry has enabled 152,000 children to return to school in Syria's Aleppo [File photo] January 9, 2019 at 9:58 pm Syrian children in Turkey brought back to school is of the most important parts of the EU-Turkey cooperation, said the European commissioner for humanitarian aid and crisis management, says Anadolu Agency .

“I’m very proud as European commissioner of this big achievement to implement EU-Turkey facility. Because the EU and Turkish people, we managed to reach a lot of Syrian refugees and in particular, children to bring back to school ,” Christos Stylianides said on Tuesday in Brussels following his visit to Turkey.

“And this is for me the most important thing in our cooperation,” he added.

On Monday, Stylianides paid a visit to Turkey during which he met the country’s vice president and discussed Turkey’s EU membership process as well as the global migration problem, in particular, the Syrians in Turkey and EU fund allocated for them.

Stylianides said during his visit he “talked everything about humanitarian assistance in Turkey.”

In March 2016, EU and Turkey reached an agreement to stop irregular migration through the Aegean Sea and improve the conditions of Syrian refugees in Turkey.