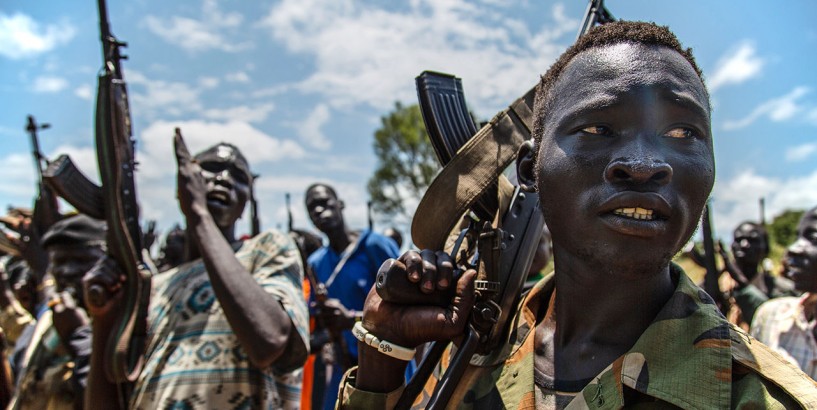 I N JULY 2016 Riek Machar, a rebel leader who was then first vice-president of the world’s newest country, fled South Sudan on foot. Fighting had broken out in the capital, Juba, between his forces and those of the president, Salva Kiir. Under fire from helicopter gunships, some 2,000 of his soldiers and their families walked more than 100 miles to Garamba National Park in the neighbouring Democratic Republic of Congo. By the time the UN evacuated the rebels from the park, some were so starved that they weighed less than 45 kilograms.

On September 9th Mr Machar returned to Juba for talks with Mr Kiir—only the second time he had been in the country since his escape. South Sudan’s civil war, which caused a famine and encouraged more than 2m people to flee, is winding down. Humanitarian aid, which had been all but blocked by fighting, is reaching most parts of the country. Could one of Africa’s bloodiest wars be coming to an end at last? Maybe. But do not bet on it just yet.

South Sudan’s conflict began in December 2013, just two years after independence from Sudan. It started with a dispute between Mr Machar and Mr Kiir, both veterans of the war with Khartoum, but quickly deteriorated into ethnic bloodletting. A first attempt at a peace deal, brokered in 2015 by Ethiopia with Western encouragement, led Mr Machar to return to Juba with his soldiers, who set up in a cantonment on the edge of the city. That deal held only until the following July. Mr Machar’s flight in 2016 helped to spread the war, which had previously been mostly confined to the swampy north where he and Mr Kiir come from, to the Equatoria region, in the south of the country. Fighting still continues there despite the ceasefire elsewhere.

Diplomats hope that the new agreement will hold up better. The idea is that by November a government will be formed, with Mr Machar back at his post. It could then begin to organise South Sudan’s first elections as an independent state. Those were supposed to take place in 2015, but have been put off every year, and are now scheduled for 2021. Mr Machar thinks that he may be able to win an election.

Many things could go wrong, however. Alan Boswell of International Crisis Group, a watchdog, wonders about Mr Machar’s security in Juba: “How does a vice-president join a government when he is afraid of its army?” Under the proposals, a new joint VIP bodyguard will be formed that includes some soldiers from Mr Machar’s forces (who are mostly Nuer, Mr Machar’s ethnic group) and some from the government’s (who are mainly Dinka, Mr Kiir’s). Other rebel forces will be folded into a new, unified national army.

That looks worryingly like the failed deal of 2015, says Mr Boswell. With the two forces thrown together, a small argument could quickly escalate. And Yasmin Sooka, the head of the UN commission on human rights in South Sudan, warned on September 16th that children were already being forced to join armed groups of various sorts. The warlords are expanding their forces partly to prevent their enemies dominating the new national army and partly because a deal could lead to salaries being paid. Girls are being kidnapped to serve soldiers as cooks and sex slaves.

If there is any hope, it comes from bleak economic reality. South Sudan’s conflict has been driven largely by money. Oil makes up 99% of the country’s exports and provides a sizeable pot to fight over. On September 18th the Sentry, an investigative group founded by George Clooney, an actor, and John Prendergast, a human-rights lobbyist, published a report documenting the many ways in which South Sudanese politicians have stolen cash and diverted it to weapons and themselves. But oil output is down, and the government has already borrowed heavily against future revenues. Perhaps it is time for the warlords to give peace a chance. ■

Correction (September 19th) : This article has been amended to say it was the second time Riek Machar had visited South Sudan after fleeing in 2016, not the first, and that the 2015 peace deal was brokered by Ethiopia, not Sudan. Sorry.

This "Au revoir to arms"