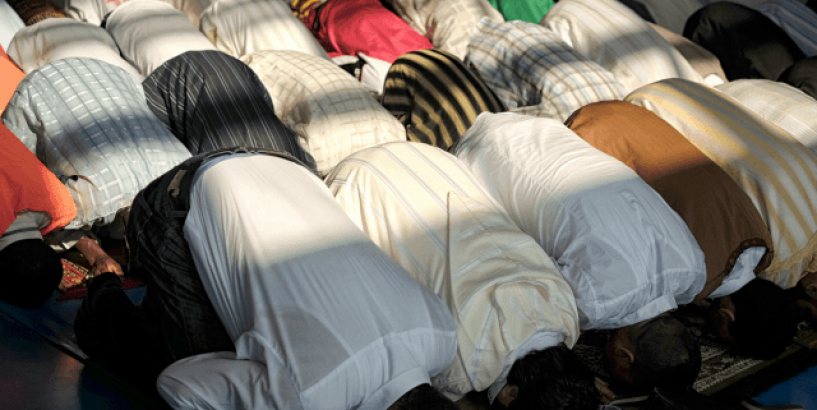 More Muslim terror attacks are occurring because of Islam. Islam, its Mosques, its Shariah(Islamic Law), and its Supremacist Teachings(eg. Koran, Hadith, Sira, Tafsir, etc.) are a legal threat and a terroristic menace to every Country and Constitution in the world because Islam produces Polygamous, Genocidal, Subversive, Discriminatory, Murderous, Racist, Seditious, and Tyrannical Criminal Enterprises against ALL Non-Muslims(koran 2:178; 3:54, 85; 4:95; 5:55; 8:30, 39, 74; 9:5, 29, 33, 41, 73, 88, 111, 123). Islam means “to surrender, by becoming a Muslim”(Koran 48:16; 49:14-15). By failing to become a Muslim, the Non-Muslim is a CRIMINAL under Islam’s Law who must pay Jizya(Extortion Fee) to stay alive while coexisting with Islam and its Muslims(koran 9:5,29). Koran 9:29 says, “Engage in war with those who do not believe in Allah nor in the last day. Nor forbid what Allah and his messenger forbid, nor believe in the religion of the truth[Islam] among those who have been given the book[Christians and J * w s] until they pay the jizya[extortion penalty] out of hand and they are subdued[disgraced].”

Islam is a racist worldview, a segregationist ideology, and a discriminatory government(Caliphate) of lies and deceit(Koran 3:54; 5:51; 8:30; 13:42), and every Muslim, peaceful or violent, is a terrorist according to Allah(Koran 49:14-15). All Islamic Countries(eg. Turkey, Egypt, Saudi Arabia, Iran, etc.) are State-Sponsors of terrorism and discrimination. Islam and Muslims are the main source, cause, and threat of terrorism and discrimination in the world(Koran 4:74-76; 9:29). Thus, the garbage cult of Islam should NOT have religious protections under the law in any country, and Islam and its Mosques should be banned because coexistence with Islam is never possible with Islam’s discriminatory and terroristic ideology(Koran 5:51; 9:29; 98:6-7).

Islam and its Mosques teach, sponsor, and promote terrorism against all Non-Muslims(Koran 9:5,29). In Sahih Bukhari(V4,B52,N220), Muhammad says, “…I have been made victorious with terror…”. Per the Koran, EVERY Muslim man, woman, and child is commanded to perform Allah’s jihad with their money and with their life to go to Paradise. Thus, Allah commands jihad by peaceful Muslims using their money(eg. zakat donations) and by violent Muslims using their lives(eg. ISIS) against ALL NON-MUSLIMS. Koran 49:15 says, “Surely the believers[Muslims] are only those who believed in Allah and his messenger. They do not doubt, and they performed jihad with their money and their lives for the sake of Allah. Those are the truthful.” Because Allah is the Great Deceiver who detests Non-Muslims(koran 3:54; 8:30; 16:37; 47:35), Islam teaches and calls for discrimination, deceit, intolerance, bigotry, terrorism, enslavement, oppression, coercion, and annihilation by ALL MUSLIMS against ALL Non-Muslims since Non-Muslims are the worst of creatures while Muslims are the best of creatures as taught in the koran(koran 3:28,110-112; 98:6-8), the terrorist book of borrowed folklore, tales, fables, and lies.

Islam and its Discriminatory, Totalitarian Teachings are an unlawful, fraudulent, oppressive, exploitative, immoral, corrupt, murderous, double-crossing, contradictory, and supremacist ideology(Koran 8:39). Koran 8:39 says, “And engage in war with them[Non-Muslims] until there will not be sedition and the religion will be completely to Allah…” Islam is an intolerant, malicious, and violent ideological system, and one cannot reject it without suffering the penalty of death(koran 9:5,72-73; 58:22). In Sahih Bukhari(V4,B52,N260): “…The Prophet says, If somebody discards his religion[Islam], k i l l him.” Dying in jihad and paying money for jihad are two requirements for Islam’s Muslims to obtain Paradise(Koran 49:15). Koran 9:111 says, “Surely Allah has purchased from the believers (Muslims) their souls and their money so that they may have the garden[Heavenly Paradise]. They engage in war for the sake of Allah, so they k i l l and are k i l led...”

Islam should be examined, exposed, criticized, and banned for its discriminatory and terroristic teachings against Christians, J * w s, Atheists, and ALL Non-Muslims. Allah has been at war with Non-Muslims for 1400 years because Non-Muslims do not surrender(convert) to Islam(Qur’an 9:5; 48:16; 49:14-15). Therefore, Allah, the Pagan, Polytheistic Nabataean god, uses ji had to terrorize Non-Muslims and to take money from them(eg. jizya, extortion payment to stay alive) until Non-Muslims surrender(convert) to Islam or are k i l led(koran 9:5,29). In Sahih Muslim(B1,N31), Allah’s Apostle said, “I have been commanded to fight against people till they testify to the fact that there is no god but Allah, and believe in me (that) I am the Messenger and in all that I have brought. And when they do it, their blood and riches are guaranteed protection…”

Islam and its Shariah(Islamic Law) are a vicious, corrosive, supremacist, genocidal, terroristic, religious, and legalistic totalitarian system because Muslims and Non-Muslims are NOT EQUAL in Islam’s Law, Shariah(Koran 3:28,85; 5:51). For example, Sahih Muslim(B19,N4366) says, “It was narrated by ‘Umar b. al-Khattib that he heard the Messenger of Allah say: I will expel the J * w s and Christians from the Arabian Peninsula and will not leave any but Muslim”. In Sahih Bukhari(V1,B8,N387), “Narrated Anas bin Malik: Allah’s Apostle said, ‘I have been ordered to fight the people till they say: ‘None has the right to be worshipped but Allah.’ And if they say so, pray like our prayers, face our Qibla and slaughter as we slaughter, then their blood and property will be sacred to us and we will not interfere with them except legally and their reckoning will be with Allah’”. Thus, Muslims cannot be friends with anyone including family members who disobey or disbelieve in Islam, Muhammad, and Allah(koran 9:23; 58: 22).