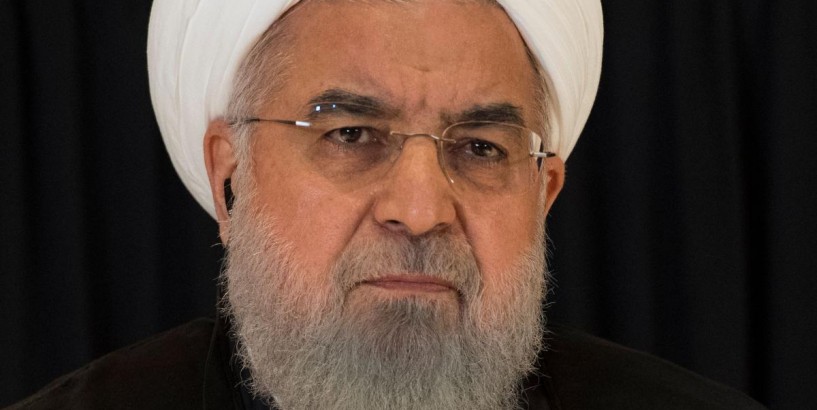 Rouhani: Trump made 11 attempts to negotiate with Iran

Rouhani: Trump made 11 attempts to negotiate with Iran December 6, 2018 at 1:31 am | Published in: Asia & Americas , Iran , Middle East , News , US Iranian President Hassan Rouhani speaks during a press conference in New York on September 26, 2018,on the sidelines of the United Nations General Assembly. - Iranian President Hassan Rouhani predicted Wednesday that the United States will eventually rejoin an international nuclear deal, saying talks this week at the United Nations showed his counterpart Donald Trump's isolation. "The United States of America one day, sooner or later, will come back. This cannot be continued," Rouhani told a news conference. (Photo by Jim WATSON / AFP) (Photo credit should read JIM WATSON/AFP/Getty Images) December 6, 2018 at 1:31 am Iranian President, Hassan Rouhani said the United States had made eleven attempts to start negotiations with Iran over the past two years, all were rejected by Tehran.

“If you think America is victorious, know that today Iran is victorious and Trump has been defeated,” Rouhani said in remarks reported by the Islamic Republic of Iran Broadcasting (IRIB) news agency.

“Last year, America requested negotiations eight times directly and this year three times indirectly, and we did not accept any of them in defence of the people’s dignity” the Iranian president said.

Rouhani did not say which issues the United States wanted to negotiate about.

US President Donald Trump said earlier in July that he was ready to meet Rouhani without preconditions to discuss ways to improve relations after the United States pulled out of the 2015 nuclear deal. “If they want to meet, we will meet” Trump said.

However, senior Iranian officials and military leaders have dismissed Trump’s offer as “worthless” saying his remarks contradict his moves which included reimposing sanctions on Tehran.