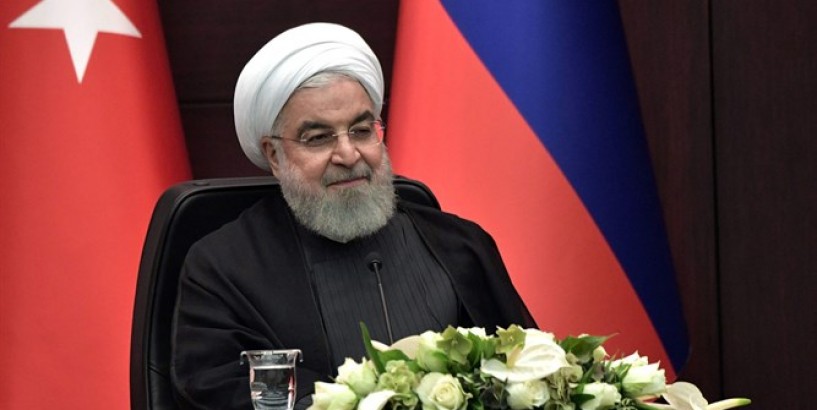 Hassan Rouhani Reuters Iranian President Hassan Rouhani on Tuesday urged the European Union to stand against what he called the "illegal" US sanctions against the Islamic Republic.

Speaking with his Finnish counterpart Sauli Niinisto and quoted by the Xinhua news agency, Rouhani claimed the United States has threatened the lives of 83 million Iranians by imposing "cruel sanctions and preventing the transfer of medicine and essentials to Iran" at the time of novel coronavirus pandemic.

Washington has violated international regulations by increasing sanctions against Iran, he said.

"Under the ongoing circumstances, the European Union, particularly Finland, should carry out its duty by condemning the illegal measures of the United States," Rouhani was quoted as saying.

Washington reimposed sanctions on Tehran after President Donald Trump withdrew from the 2015 nuclear deal between Iran and world powers.

Iran has ripped the US for continuing to impose sanctions on the country as it is deals with the coronavirus.

Rouhani made clear recently that Iran had no intention of accepting the United States’ offer of humanitarian assistance and added that United States should lift sanctions if it wants to help Iran to contain the virus.

While US Secretary of State Mike Pompeo has hinted that the United States may consider easing sanctions on Iran and other nations to help fight the coronavirus epidemic, he gave no concrete sign it plans to do so.