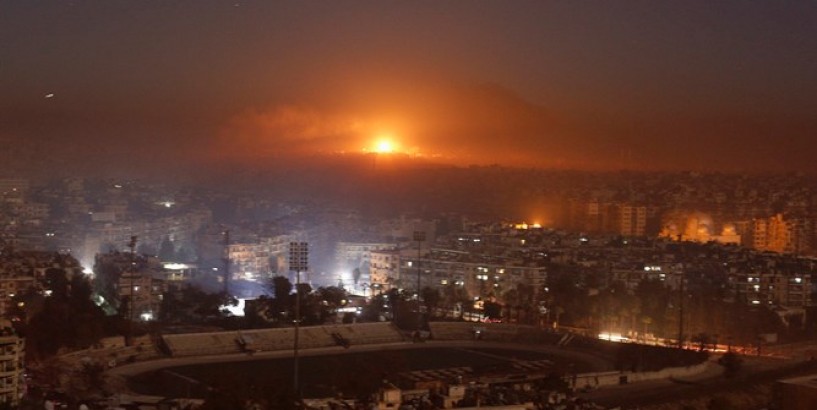 Airstrike in Syria (archive) Reuters The headquarters of Iranian militias in the M’eizileh base in Deir Ezzor in eastern Syria were struck by "unidentifiable drones" overnight, the Syrian Observatory for Human Rights (SOHR) reported.

The base was targeted by eight airstrikes, killing a total of twelve Iranian-backed fighters.

SOHR reported that the Iranian-backed militias brought in significant reinforcements to the base on June 3, including a military convoy of 30 vehicles.