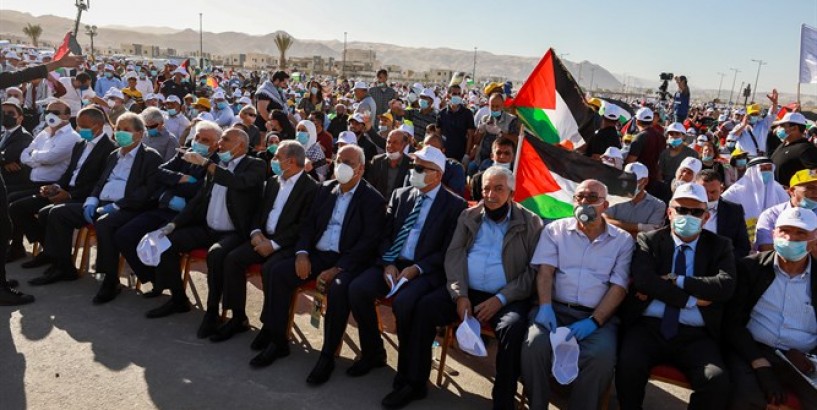 PA anti-sovereignty rally Flash 90 The PLO Executive Committee is calling on the international community to formulate a mechanism to exert pressure on the "Israeli occupation" in order to stop its "aggression and crimes" against the Palestinian people, to impose sanctions against it, to boycott it and to prosecute it.

At a meeting held on Thursday, the PLO Executive Committee reiterated its opposition to Israel's ongoing attempts to establish facts on the ground in preparation for the implementation of the “annexation plan” by taking over land, demolishing houses and facilities in Area C, allowing “settlers” to occupy land and expanding “settlement construction.”

The statement also noted the Executive Committee’s opposition to any violation of the rights of the Palestinian people, including ensuring the right of return of refugees based on UN Resolution 194, the right of self-determination, and the establishment of an independent Palestinian state with its capital in eastern Jerusalem.

The PLO Executive Committee approved the Palestinian leadership's decision from May 19 this year that the PLO is no longer committed to the agreements signed and the understandings reached with Israel and the US administration.

At the same time, the PLO Executive Committee emphasized the importance of participating in the actions of the popular resistance against the “settlement” and the military checkpoints and in opposing the establishment of “enclaves of settlements” in Judea and Samaria.