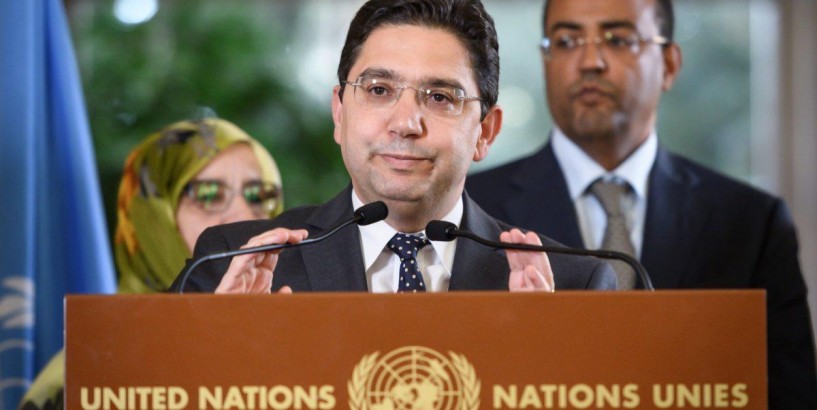 Bourita’s remarks came during the 12th Extraordinary Summit of the African Union, which was held on Sunday in the Niger capital of Niamey.

The Polisario Front is a separatist group that calls for the independence of Morocco’s Western Sahara region.

The conference announced the recognition of the so-called “Sahrawi Arab Democratic Republic,” despite the move’s rejection by Rabat and the United Nations (UN).

Morocco withdrew from the African Union (AU) in 1984 in protest at latter’s acceptance to membership by the Sahrawi Republic, but it had revamped its membership in January 2017.

“Morocco has strongly adhered to the exercise of establishing the AfCFTA, but its signature and ratification of this agreement cannot be interpreted as an acknowledgement of a situation, fact or entity that does not recognize and threatens its territorial integrity and national unity,” Bourita stressed.

Rabat, he pointed out, was acting according to “a clear doctrine and principles when it comes to making the difference between membership of an organisation and the recognition of entities that could be part of it but that Morocco does not recognise.”

“How an entity that has no territory could belong to a free trade area,” the Moroccan official said, referring to the AU recognition to the Sahrawi Republic. He described the move as an “obvious aberration.”

Read: Morocco Justice and Development Party: Deal of the century biased towards Israel

Morocco has long insisted on its sovereignty over the Sahara region, while the Polisario demands a referendum to determine the fate of the region.

During the Niger conference, the AU members agreed on mechanisms that would, “underpin an African Free Trade Agreement, including determining the rules of origin, a digital payment system, an online tool for listing products and tariffs and a monitoring system to deal with non-trade barriers.”

The accord was to be obliging the governments to “greater economic integration, as the signatory states begin a multiyear process to remove trade barriers including tariffs on 90 per cent of commodities.” The duty-free movement of goods is expected to boost regional trade, while also helping countries move away from mainly exporting raw materials and build manufacturing capacity to attract foreign investment.

The agreement now includes 55 signatories. Morocco said it would ratify “within days.”

The Polisario and Morocco fought for control of Western Sahara from 1974 to 1991 until an UN-brokered ceasefire. Morocco considers the former Spanish colony an integral part of its sovereignty and proposes autonomy for the resource-rich territory. However, the Polisario Front insists on holding a UN referendum on independence from Morocco.