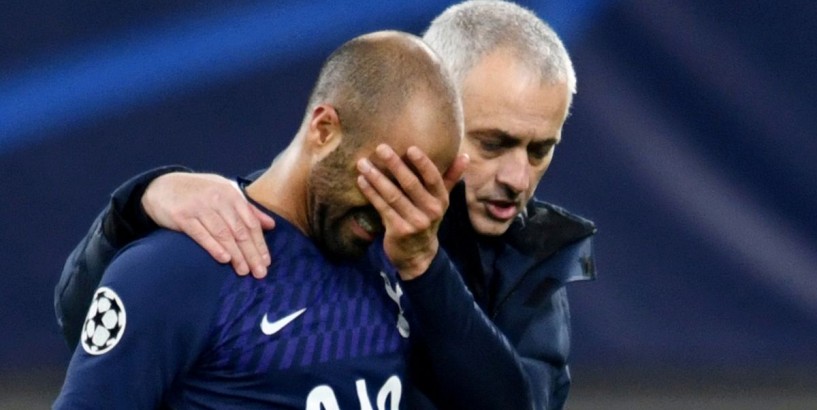 A defiant Jose Mourinho said his depleted Tottenham side will "go until our limits" to beat Manchester United in their Premier League clash on Sunday. Mourinho's Tottenham side were knocked out of the Champions League on Wednesday, losing 4-0 on aggregate after a humiliating 3-0 defeat to RB Leipzig.

Spurs were facing a difficult task to get through after losing the first leg 1-0 in north London - and they are also in the midst of an injury crisis which has seen them lose the likes of Harry Kane, Heung-min Son and Steven Bergwijn.

Mourinho said he and players believed they could beat Bundesliga title challengers Leipzig, but admitted the best team won.

"Of course I was very positive yesterday," Mourinho told BT Sport after the game.

"That's the way I have to be all the time. I motivated the players, we all believed, but we know in this moment it's very very difficult."

Marcel Sabitzer handed Tottenham an uphill task when he opened the scoring for Leipzig just 10 minutes into Wednesday's last-16 clash, and he doubled the score 11 minutes later.

Substitute Emil Forsberg added gloss when he scored with his first touch late in the game.

Mourinho said of Leipzig: "They are a very strong side. After the early goal it's very difficult to score, and after the two goals the game is very difficult.

"Their physicality is very impressive, they win all the duels, the midfield is very intense, so of course they deserve to go through, they were the best team."

Mourinho backed his players despite a poor display, saying: "The players gave what they could and that's it.

"We made mistakes, and ones we analysed in previous matches, but sometimes when you don't have more to give you give what you can. I am with the boys.

"It's probably good to have difficult moments. They are moments that can prepare the future in a better way."

Mourinho insisted Tottenham's injury situation was not helping his side. But ahead of Sunday's Premier League clash at home to United, the Spurs boss vowed his side would give everything as they aim to secure a Champions League spot.

"There is nobody to blame when it looks like in every match you have a traumatic injury," said Mourinho.

"We lost Son, we lost Bergwijn, I don't want to speak about the ones we lost so long ago. That's the story of the season. It started badly, and it's very, very hard.

Read More Mirror Football's Top Stories "This summer, unless something happens, we will have Son, Kane, Bergwijn, Sissoko, and that is massive. It's critical for anyone, and anyone would resist to such a situation.

"We go until our limits against Manchester United and lets see how we end the season."