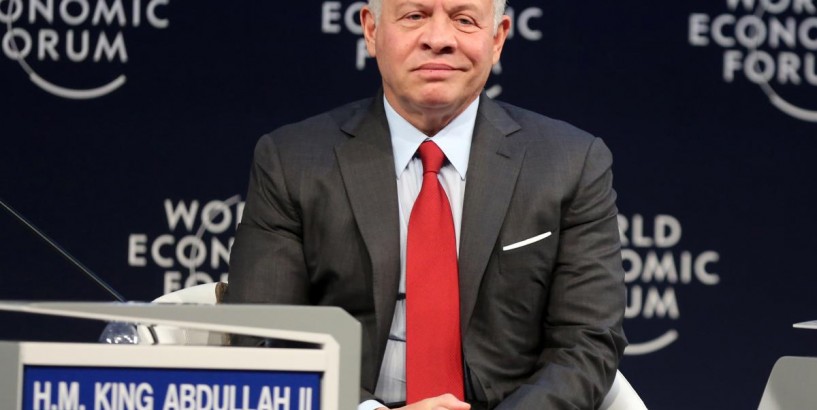 Jordan’s king sacks intelligence director May 2, 2019 at 3:22 am | Published in: Jordan , News Jordan's King Abdullah II looks on as he sits on a panel during the 2019 World Economic Forum on the Middle East and North Africa, at the King Hussein Convention Centre at the Dead Sea, in Jordan on 6 April, 2019 [KHALIL MAZRAAWI/AFP/Getty Images] May 2, 2019 at 3:22 am Jordanian King Abdullah II has dismissed the director of the country’s General Intelligence Department (GID), Adnan Al-Jundi, local Al-Ghad reported yesterday.

The newspaper did not provide details on the reason behind the decision but said that Jordanian king had appointed General Ahmed Husni as the GID’s new director. Husni – Circassian by origin – was the director of Amman’s intelligence services.

The local daily added that another Royal Decree was issued to dismiss the kingdom’s Royal Court’s adviser, Anwar Ali Falah Al-Ayasra, days after a number of senior advisers and senior officials at the bureau resigned.

On 24 April, state-owned Petra said that major changes within the Royal Court had resulted in the dismissal of a number of senior officials, including the king’s advisor, Faisal Jibril Al-Shoubaki. The changes included the appointment of Bishr Al-Khasawneh as the king’s communication and coordination adviser, Kamal Al-Nasser as the policies and information adviser, and Manar Al-Dabbas and Mohammed Al-Assass as general advisors to the king.

Jordan has been experiencing poor economic conditions resulted from an ongoing budget deficit. During the first half of 2018, the Jordanian government proposed a package of measures to cover the budget deficit including increasing the income tax and energy prices. The proposal was met with protests across the country which eventually led to the resignation of Prime Minister Hani Al-Mulqi in June that year.