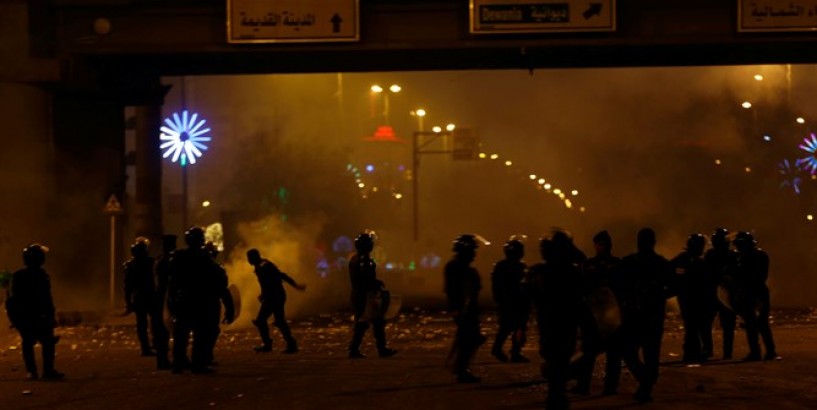 Anti-government protesters in Iraq on Sunday set fire to the Iranian consulate in the restive city of Najaf for the second time in less than a week, RadioFreeEurope reported, citing police in the mostly Shiite city.

The incident came as Iraqis continue taking to the streets of Baghdad and Iraq's Shiite-majority south to demand more jobs, an end to endemic corruption, and improved public services.

The arson attack occurred despite the approval by Iraq’s parliament on Sunday of the resignation of Prime Minister Adel Abdel Mahdi’s government after two months of protests and violent police crackdowns that have left more than 400 people dead.

Iran is seen by many Iraqis as a supporter of Mahdi’s government.

Last Wednesday, Iraqi protesters stormed and set fire to the Iranian consulate in Najaf. Staff at the consulate had evacuated before the incident and no injuries were reported.

On November 27, angry crowds in Najaf set fire to the Iranian consulate, chanting “Iran out of Iraq.”

Earlier in November, the Iranian Consulate in the mainly Shiite city of Karbala was targeted by protesters.

Iraq's Foreign Ministry said the earlier attacks on Iranian diplomatic buildings were "aimed at damaging the historical relations between Iraq and Iran."

In similar riots in September of 2018, angry protesters stormed the Iranian consulate in the southern Iraqi city of Basra, setting a fire inside.

A report last year said that Iran had transferred short-range ballistic missiles to its Shiite allies inside Iraq.

Iran rejected the report , claiming it aimed to harm Iran’s ties with its neighbors. Iraq’s Foreign Ministry said the article was “without evidence”, though it stopped short of denying its contents.