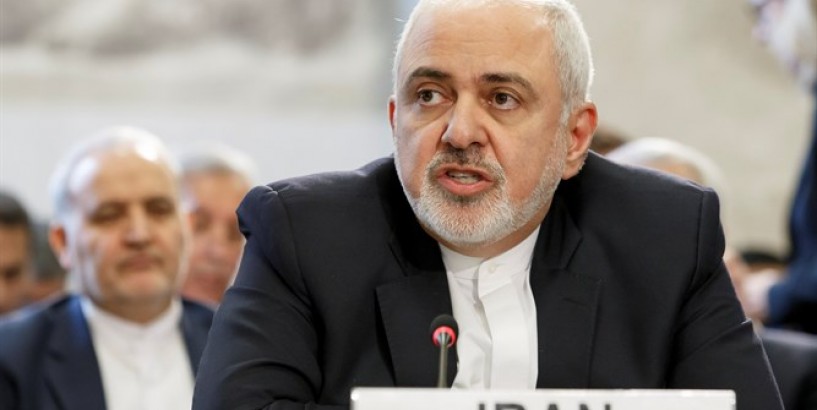 Mohammad Javad Zarif Reuters Iran’s Foreign Minister, Mohammad Javad Zarif, paid a visit to the G7 summit in France on Sunday, an unexpected twist to a meeting already troubled by differences between US President Donald Trump and Western allies over a raft of issues, including Iran, Reuters reports.

A White House official said France’s invitation to Zarif for talks on the sidelines of the gathering in the southwestern beachside town of Biarritz was “a surprise”.

Zarif met his French counterpart to assess what conditions could lead to a de-escalation of tensions between Tehran and Washington, a French official said.

Zarif also saw French President Emmanuel Macron during his brief stay, but the White House official said the Iranian minister did not meet any US officials before he flew out of Biarritz airport.

Trump withdrew from the 2015 nuclear deal between Iran and world powers last May . He later imposed two rounds of sanctions on Iran, the latest of which went into effect in November of 2018.

Iran, in turn, has scaled back its compliance with the 2015 deal.

The European signatories to the 2015 deal, which include France, did not agree with Trump’s decision to leave the agreement and vowed to help Iran evade the economic sanctions imposed by the US, shielding companies doing business with the rogue state in an effort to preserve the Iran nuclear deal.

Zarif’s attendance at the G7 summit followed a back and forth between the US and France after Trump accused Macron of meddling in the dispute between Washington and Tehran.

“Iran is in serious financial trouble. They want desperately to talk to the U.S., but are given mixed signals from all of those purporting to represent us, including President Macron of France,” Trump tweeted two weeks ago.

France later replied to Trump and said it "needs no permission" to work towards easing tensions between Iran and the US.

Earlier on Sunday, Trump appeared to brush aside French efforts to mediate with Iran, saying that while he was happy for Paris to reach out to Tehran he would carry on with his own initiatives.

Zarif last week held talks with Macron about the 2015 nuclear deal, and said the talks were “productive”, but stressed that it is not possible to renegotiate the nuclear deal.