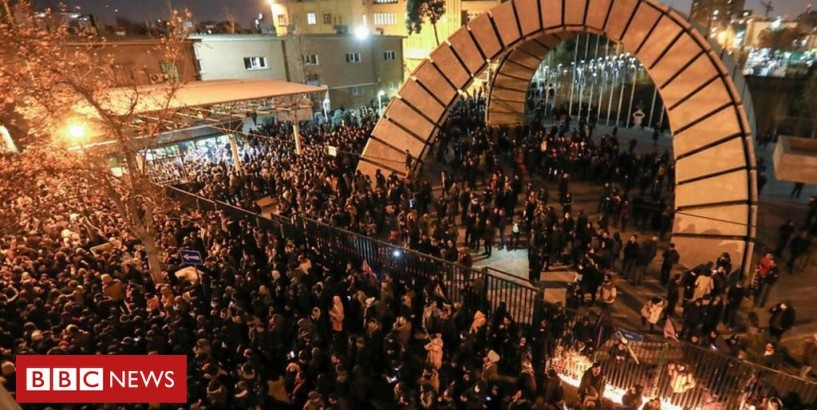 Video Iranians hold angry protest over downed plane Protesters in Tehran have chanted calls for the resignation of officials, after Iran admitted it accidentally shot down on 8 January.

Relatives and friends of those who died held a vigil near the Amirkabir University of Technology on Saturday.

Videos uploaded to social media show a crowd gathered, with some chanting for their country's leaders to resign and calling officials "liars".

Iran had initially denied reports its missiles had brought down the plane, but said on Saturday that it had "unintentionally" shot it down.