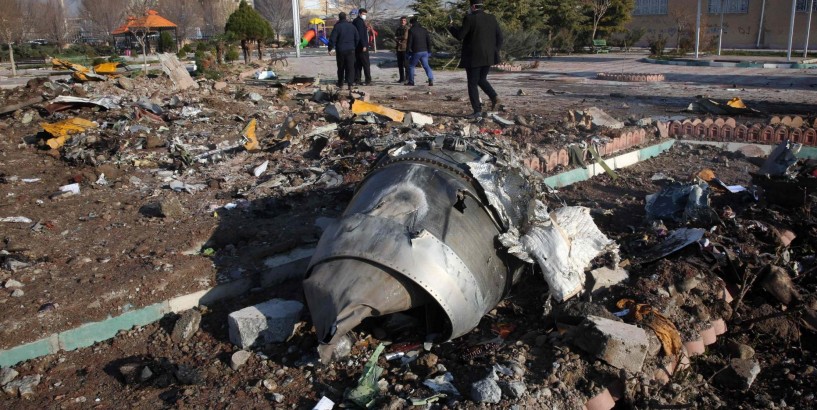 An engine problem may have been to blame for a Ukrainian plane crash near Tehran which killed all 176 people on board, intelligence officials say.The Ukraine International Airlines Boeing 737-800 crashed just hours after Iran fired missiles at bases housing US forces in Iraq, prompting speculations that the aircraft may have been shot down.However five security officials, including one European, one Canadian and three Americans, told Reuters an initial assessment by western intelligence agencies had shown the jet suffered a technical malfunction.Sharing the full story, not just the headlinesThe Canadian source, who did not want to be named, said there was evidence one of the jet’s engines had overheated.However, the maker of the plane’s engines, French-US firm CFM, co-owned by General Electric Co and France’s Safran, said it was too soon to speculate about the cause of the crash.Earlier on Wednesday, independent aviation operations experts said a “shootdown event” may have been the true explanation.The Ukrainian embassy in Tehran initially attributed the crash to engine failure but later retracted the statement and instead said it was for an official commission to determine the cause.Flight PS752 took off from Tehran’s Imam Khomeini International Airport at 06.12 local time [03.12 GMT], losing contact just two minutes later.It came just hours after Iran fired ballistic missiles at two bases used by American coalition forces in Iraq in retaliation for the US airstrike that killed Iranian military commander Qassem Soleimani on Friday.Airline officials said most of the passengers were on their way to the Ukrainian capital, Kiev, where they were planning to go on to other destinations.