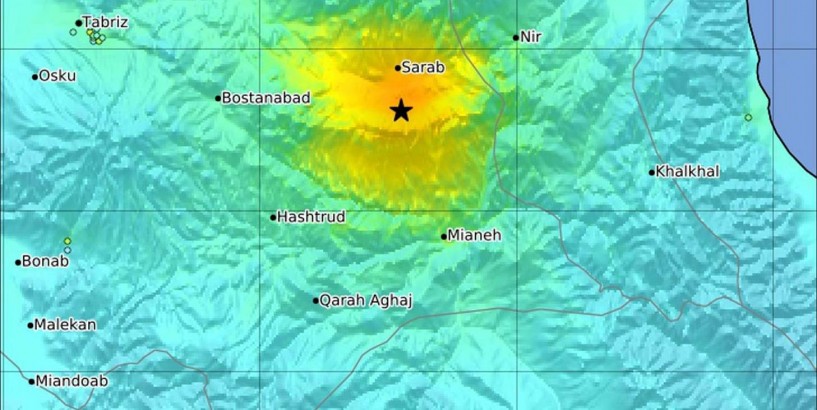 At least five people have died and hundreds injured after a major magnitude 5.9 earthquake struck northwestern Iran in the early hours of Friday morning.The initial quake struck Tark county, a rural area about 35 miles from the town of Hashtrud in East Azerbaijan Province, officials said.It was followed by more than 40 aftershocks, forcing residents to rush out of their homes in fear. State media reports described many of the injuries as coming while people were fleeing in panic.Sharing the full story, not just the headlinesRescue teams have been dispatched to the region, officials said, but with the epicentre in the remote Alborz Mountains some 250 miles northwest of the capital Tehran , no video or still images have yet been broadcast showing the extent of the damage.The head of Iran's emergency medical services, Pirhossein Koulivand, gave the casualty figures to state television. He said that while 312 people were injured, only 13 needed to receive hospital treatment. The US Geological Survey said the quake's epicentre was at a relatively shallow depth of 10km (6.2 miles). State media reports said 30 homes were destroyed in a village at the epicentre.