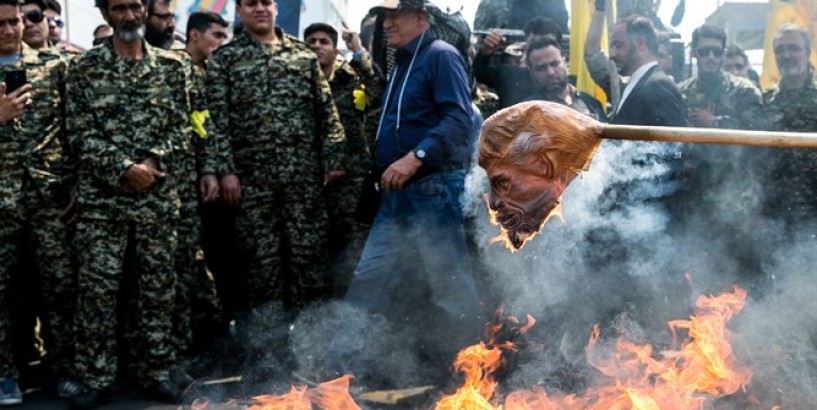 Iran calls off Al-Quds Day rallies due to coronavirus

Demonstrators in Iran burn mask of Donald Trump on Al Quds Day Reuters Iran has called off demonstrations and rallies in the country to mark International Al-Quds Day due to the coronavirus crisis, JTA reported on Monday.

Al-Quds Day was declared in 1979 by Ayatollah Khomeini, the leader of the Iranian Revolution. It is marked throughout the Middle East and in countries around the world, including the United States.

The day is held on the last Friday of Ramadan, which this year is May 22.

Other programs will take the place of the rallies, an Iranian official told reporters.

The official — Gen. Ramezan Sharif, head of the Intifada and Quds Center at Iran’s Islamic Propagation Coordination Council — said religious sites throughout the country have been closed due to the pandemic.

During Al-Quds Day, rallies are held around the world and are used to incite against Israelis and Jews.

Last year, Iran urged Muslims worldwide to hold massive rallies to mark the day in support of the Palestinians.

"Muslims need to be vigilant against this common enemy (Israel) and to resist the conspiracies by Israel and its supporters," the Islamic Republic said at the time.

In 2018, ahead of the Al-Quds Day rallies, Iranian President Hassan Rouhani called on all Iranians to turn out for mass protests and send a message “to the usurper Zionist Regime [Israel] that they have not forgotten the Palestinian land and the Holy Quds and the freedom of the Holy Quds is still the holy cause of the Iranian people and all Muslims."