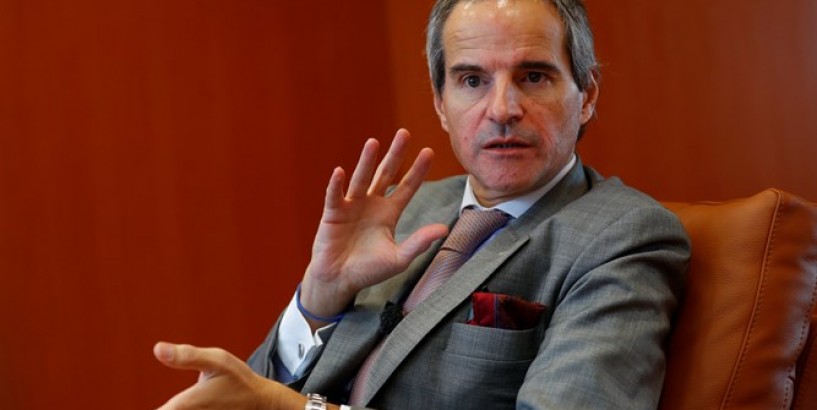 Iran continues to provide international inspectors access to its active nuclear facilities, even after its announcement it was no longer bound by “any restrictions” of the 2015 deal with world powers, the head of the UN’s atomic watchdog agency said Monday, according to The Associated Press .

Rafael Grossi, director general of the International Atomic Energy Agency (IAEA), also told board members in Vienna that since Tehran’s January 5 announcement it appears that Iran hasn’t escalated its violations of the nuclear pact, known as the Joint Comprehensive Plan of Action.

“The agency has not observed any changes to Iran’s implementation of its nuclear-related commitments under the JCPOA in connection with this announcement, or in the level of cooperation by Iran in relation to agency verification and monitoring activities under the JCPOA,” Grossi said in prepared remarks quoted by AP .

Iran has gradually scaled back its compliance with the 2015 deal in response to US President Donald Trump’s withdrawal from the agreement in May of 2018.

Last week, the IAEA said in a report to member nations that its inspectors had confirmed that Iran had nearly tripled its stockpile of enriched uranium since November in violation of the nuclear deal.

In another report issued last week, Grossi sounded the alarm at Iran's cooperation with the agency and demanded "clarifications" over an undeclared site in Tehran where uranium particles were found late last year.

The IAEA has for months been pressing Tehran for information about the kind of activities being carried out at an undeclared site where the uranium particles were found.

While the IAEA has not identified the site in question, it is believed to be the Turquzabad facility which was identified by Prime Minister Binyamin Netanyahu during his address before the UN General Assembly in 2018 as a "secret atomic warehouse."

In his speech to the board members on Monday, Grossi called on “Iran to cooperate immediately and fully with the agency, including by providing prompt access to the locations specified by the agency.”

“The agency has identified a number of questions related to possible undeclared nuclear material and nuclear-related activities at three locations that have not been declared by Iran,” Grossi said, according to his prepared remarks.

“The agency sought access to two of the locations. Iran has not provided access to these locations and has not engaged in substantive discussions to clarify the agency’s questions,” he added.

Grossi said later Monday that the denied access “is a serious matter” and “it’s not something I can put on the shelf.”

“I hope in the next few days or hours we’ll be able to unblock the current situation,” he said at a news conference. “The consequence I expect is to get access.”