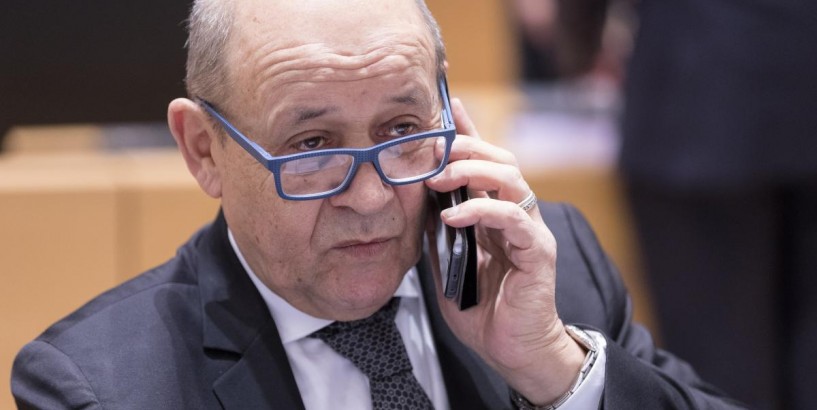 France: ‘Iran has several months to go before acquiring ability to build nuclear bomb’ September 9, 2019 at 12:05 am | Published in: Europe & Russia , France , Iran , Middle East , News French Minister of Europe and Foreign Affairs Jean-Yves Le Drian in Brussels, Belgium on 19 February 2019 [Thierry Monasse/Getty Images] September 9, 2019 at 12:05 am French Foreign Minister Jean-Yves Le Drian said on Sunday that Iran’s decision to further reduce its commitments under the 2015 nuclear deal could be undone, adding that his country would continue to seek dialogue to guarantee Iran’s full compliance to the accord again.

Le Drian told Europe 1 that “the measures they have taken are negative, but not final. They can step back as dialogue channels are still open”, pointing out that “Iran still has several months to go before it can build a nuclear bomb.”