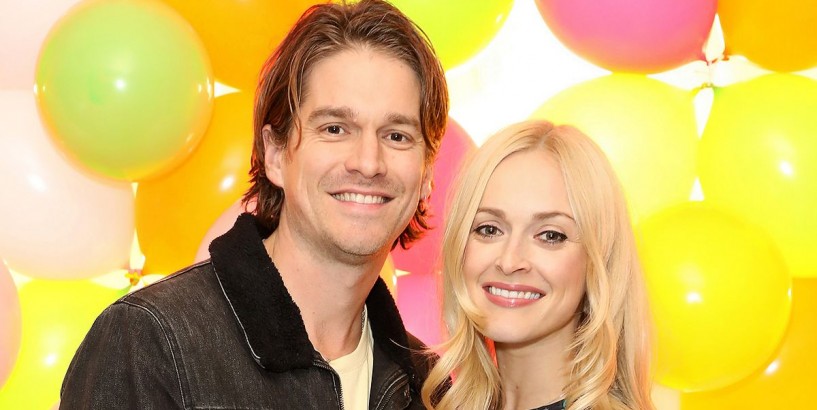 Fearne Cotton admits marriage and motherhood has been 'strained' by lockdown

Fearne Cotton has opened up about the struggles she has faced in lockdown as she found herself clashing with her husband and their children. The 38-year-old television and radio host has been married to 43-year-old musician Jesse Wood – the son of Rolling Stones rocker Ronnie Wood – since 2014.

The couple have two children together – a seven-year-old son named Rex and a four-year-old daughter named Honey.

But being cooped up with her husband and two little angels has proven to be a test of Fearne’s patience, as she confessed both she and Jesse have got in to arguments during the past four months of lockdown.

Speaking on her Happy Place podcast, Fearne explained: “I am a very fiery ­person, and Jesse can also be quite fiery.

“We’ve certainly argued in front of the kids. Most parents have at some point.

“It’s not regular but we have definitely had a pop at each other in front of them — and you don’t feel good about it after.

“I’ve also shouted at my kids like I think most parents have, especially during lockdown.”

She went on to explain that she has found herself shouting at and being shouted at herself by all the members of the family household but manages to pull herself together by reminding herself not to “act like a child”.

Fearne has discussed her past struggles with husband Jesse, revealing last year that they had gone through a “rough patch” during the course of their six-years-and-counting marriage.

Showbiz editor's picks She told Red Magazine: “[In 2018] Jesse and I hit a rough patch – he was away, touring relentlessly, I was trying to keep my own career going while looking after our kids and we were both desperately clinging on to our marriage.

“In the midst of this gargantuan row, I think we both wondered where the love had gone and worried that it might not come back.”

However, the pair managed to work through their argument – with Fearne declaring her love for Jesse on Instagram days after her interview with Red Magazine hit the shelves.