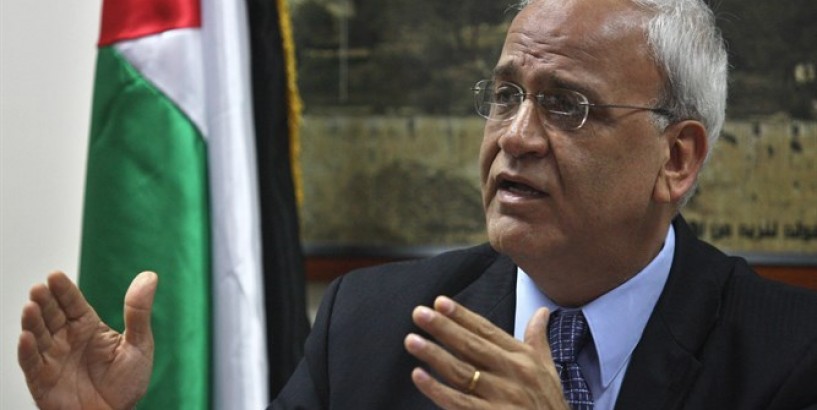 Erekat blames US for Israeli construction in Hevron

In a statement posted to Twitter, Erekat blamed the recent US policy shift vis-à-vis the Jewish communities in Judea and Samaria.

"Israel's decision to build a new illegal settlement in occupied Hebron is the first tangible result of the U.S. decision to legitimize colonization; this cannot be taken out of the context annexation," he wrote.

"Concrete measures, including sanctions against settlements, are an international responsibility," added Erekat.

His comments came after Defense Minister Naftali Bennett ordered the Coordinator of Government Activities in the Territories and the Civil Administration of Judea and Samaria to notify the Hevron municipality of the planning a new Jewish neighborhood in the historic Jewish marketplace.

The decision is expected to end years of legal and political battles over the fate of the marketplace, which has sat abandoned for decades even after Jews began to return to Hevron following the 1967 Six Day War.

The new neighborhood will create a territorial continuum from the Cave of the Patriarchs to the Avraham Avinu neighborhood and double the number of Jewish residents in the city.

Erekat’s comment was referring to the recent announcement by US Secretary of State Mike Pompeo that Washington no longer considers Israeli communities in Judea and Samaria to be a violation of international law.