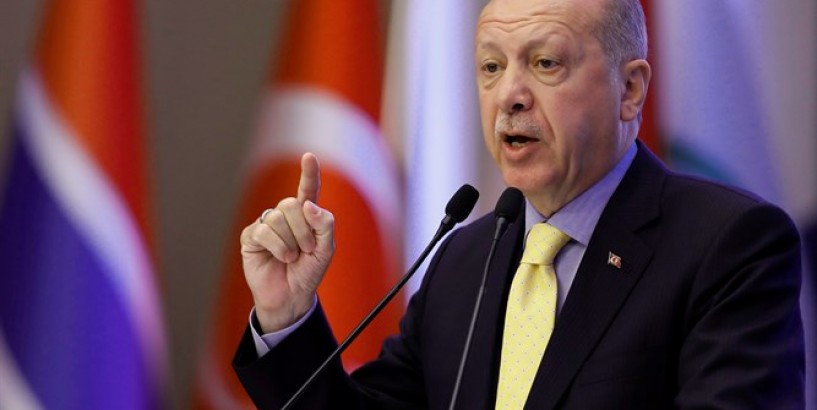 “The United States said Baghdadi killed himself in a tunnel. They started a communication campaign about this,” Erdogan said, according to Reuters .

“But, I am announcing it here for the first time: We captured his wife and didn’t make a fuss like them. Similarly, we also captured his sister and brother in law in Syria,” he added in a speech at Ankara University. He provided no further details.

A senior Turkish official said on Monday that Turkey had captured Rasmiya Awad, the sister of Baghdadi, as well as her husband and daughter-in-law.

On Wednesday, a senior Turkish official said that the operation in which Baghdadi’s wife was detained took place on June 2, 2018 when Turkish police captured a group of 11 ISIS suspects in Turkey’s Hatay province.

The official said one of the four women caught in the operation identified herself as someone else but was in fact Asma Fawzi Muhammad Al-Qubaysi – Baghdadi’s first wife.

“We discovered her real identity pretty quickly. At that point, she volunteered a lot of information about Baghdadi and the inner workings of ISIS,” the official said, adding that the information led to a series of arrests elsewhere.

He said a DNA test confirmed that another suspect was Baghdadi’s daughter, and the detainees were being held at a deportation center in Turkey.

Baghdadi was eliminated in late October in a US operation in Syria after years of conflicting reports about his fate.