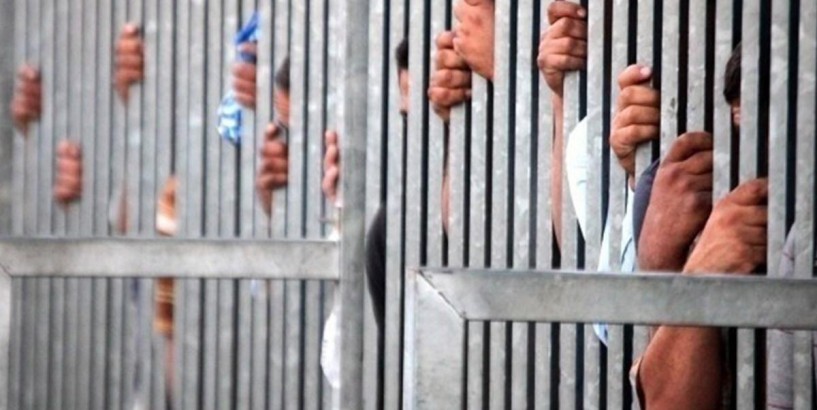 Egyptian female detainees face serious violations inside El-Sisi prisons March 13, 2019 at 4:30 am | Published in: Africa , Egypt , News Egyptian prisoners [File photo] March 13, 2019 at 4:30 am A television report reviewed several cases of human rights violations against hundreds of Egyptian female detainees documented by international reports and highlighting the suffering of the families of these detainees amid the silence of the National Council for Human Rights, the National Council for Women and other women’s rights bodies in Egypt.

The report, which was broadcast on Al Jazeera TV during the television programme entitled “A story to be continued,” monitored the stories of a group of Egyptian girls and women whose rights were violated in a crude way that was incompatible with Arab-Islamic traditions and international human rights standards. Some of them resorted to other countries for fear of being re-arrested.

The episode shed light on Egyptian and international human rights reports documenting some of the violations suffered by female prisoners in Egypt, pointing out to what the “Human Rights Watch” stated in its report on the human rights situation in Egypt in 2018 that these detainees were subjected to enforced disappearance, imprisonment, humiliation, and harassment inside the detention centres. They were also prevented from their families’ visits, food and medicine in a systematic way.

The report added that 69 Egyptian women were imprisoned because of peaceful demonstrations or because they were human rights activists or wives of detainees or were arrested arbitrarily. Two hundred fifty-nine women were subjected to enforced disappearance, and 66 were detained arbitrarily, 26 were subjected to enforced disappearance until they appeared before the prosecution in fake cases, while 25 women have been referred to the military judiciary in different cases.

The Euro-Mediterranean Observatory said that five Egyptian prisons for women do not meet the minimum standards of human life and that detention centres are not held accountable. Meanwhile, Egyptian President Abdel Fattah El-Sisi said, on the International Women’s Day, that Egyptian women are “symbols of strength, compassion, nobility, courage, life, love, and beauty.”

The National Council for Women in Egypt has been accused of ignoring complaints about female detainees being subjected to serious human rights violations. However, the Council denied this and underestimated reports of women being subjected to enforced disappearances and torture.

The lawyer accused the National Council of Women of abandoning its responsibility towards the women prisoners, saying it is still the voice of the Egyptian government, as it used to be since its foundation during the rule of the ousted President Hosni Mubarak, though it was supposed to be a voice protecting Egyptian women.

The lawyer pointed out that the council’s members deny these human rights reports, although they have not visited political prisoners, and have not issued a position on the photos and publications about the sexual violence practised by the security forces on Al-Azhar female students.

A researcher in legal issues at MENA Rights Group, Giulia Carlini, confirmed that these violations had been committed against women prisoners in Egypt. Such violations are considered grave breaches of all of Egypt’s international obligations as one of the countries that have ratified the international human rights instruments that protect human beings regardless of gender or culture. The researcher expressed her regret at the lack of an international mechanism of accountability that would prevent those involved in such violations from evading penalisation.

Carlini explained that her organization is interested in applying the basic standards of rights and freedoms to protect Egyptian women from imprisonment, torture, physical and sexual humiliation, and to grant them their right to gathering, expression and peaceful demonstration. The researcher pointed out that many women are being arrested on a weekly basis in peaceful activities, in a way that has turned into a recurrent pattern in Egypt and led to the increase of the number of women prisoners in an unprecedented manner.

On International Women’s Day, which fell on Friday 8 March, social media users launched an attack on Egyptian President Abdel Fattah El-Sisi’s regime because of the subjection of many female Egyptians to arrests, enforced disappearances, or death sentences.

Activists also launched a hashtag named “Why Are You Afraid of Her” to criticize the system of what they called “female imprisonment,” with the spreading of photos and stories explaining how women are treated on their day.