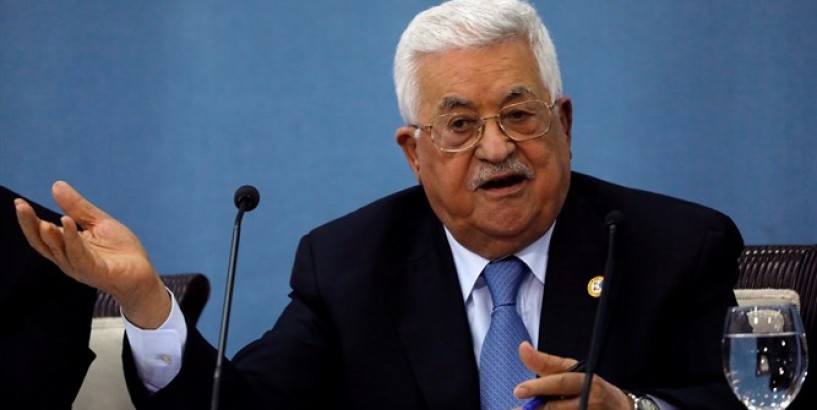 Abbas: Willing to resume peace talks if sovereignty is retracted

Mahmoud Abbas Reuters Palestinian Authority (PA) chairman Mahmoud Abbas on Thursday said he is willing to return to peace negotiations with Israel as soon as it retracts its plan to apply sovereignty over parts of Judea and Samaria.

In a phone call with Norwegian Prime Minister Erna Solberg, Abbas expressed appreciation for Norway's principled support of the two-state solution and its rejection of any unilateral steps that disregard international law, Xinhua reported.

Abbas said that the PA "is ready to engage in serious negotiations with the Israeli government the moment it refrains from its unilateral annexation plan, to be sponsored by the Quartet and any other countries of the world."

The PA leader briefed Solberg on the latest developments in the region, and on the consequences of the Israeli sovereignty plan.

He thanked Norway for its generous support and economic aid provided to the Palestinian national institutions since 1993.

For her part, Solberg expressed Norway's support to achieving peace on the basis of the two-state solution, and its commitment to implement the international resolutions.

The PA has expressed outrage over the coalition agreement between Prime Minister Binyamin Netanyahu and Defense Minister Benny Gantz, which stipulates that the government could have applied sovereignty over Judea and Samaria on July 1.

In response to the agreement, Abbas ordered the cancellation of agreements and understandings with Israel and the US, including the security understandings.

The PA chairman, however, has repeatedly claimed that he is willing to resume talks with Israel if it abandons the sovereignty plan.

The last round of peace talks between Israel and the PA failed in 2014 when the PA unilaterally applied to join international organizations in breach of the conditions of the talks.