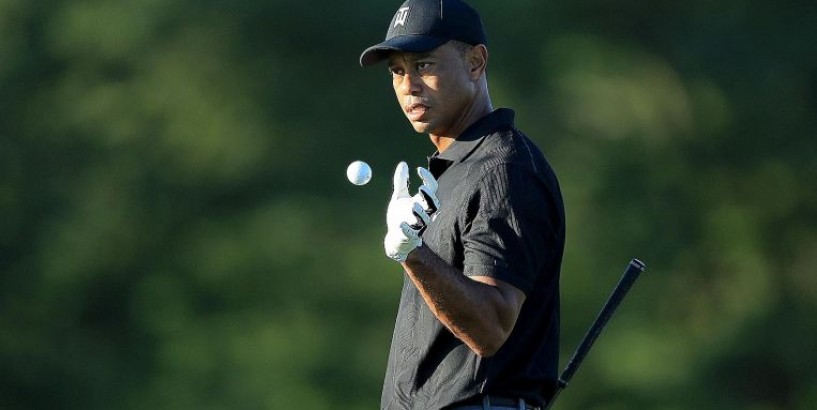 Woods up to speed in record title bid

DUBLIN (Ohio) • Tiger Woods has claimed that he is going to win the Memorial Tournament this week despite it being his first competitive event in five months and in doing so, make PGA Tour history.

The 44-year-old, who last played on Tour at the Genesis Invitational in February, goes into today's start of the Memorial seeking an 83rd win that would eclipse Sam Snead's mark of 82, set in 1965.

"I would like to say that I'm going to win the event," the 15-time Major winner, who has won the tournament a record five times, said on the BBC.

The American, who tied Snead's record by winning the Zozo Championship in Japan last October, added: "Whether that plays out come Sunday, hopefully that will be the case. There's no reason why I can't do it again this week."

A stiff back hampered his performance at the Genesis, where he finished 68th of 68 players who made the cut, but he said he had not been troubled since.

"I feel so much better than I did then. Physically, I was very stiff in Los Angeles, and I was not moving that well.

"Back was just not quite loose, it was cold, I wasn't hitting the ball very far, and consequently I finished dead last," said the former world No. 1, who also played in May at The Match: Champions for Charity with Phil Mickelson and National Football League stars Tom Brady and Peyton Manning.

World No. 14 Woods, who is making only his fourth tournament appearance of the season this week, added that he has improved his health during the long layoff.

"I've been able to train and concentrate on getting back up to speed and back up to tournament speed."

He admitted on Tuesday that concern over the coronavirus delayed his return to action as he prepares to tee off at Muirfield Village Golf Club in Ohio.

Woods, the last American golfer ranked in the top 30 to return to the Tour, said he had contemplated returning to the Tour earlier but had wanted to see how the first few events of the post-coronavirus shutdown fared before coming back.

"I just felt it was better to stay at home and be safe," Woods said.

"I'm used to playing with lots of people around me or having lots of people have a direct line to me, and that puts not only myself in danger but also my friends and family. I have just been at home practising and social distancing and being away from a lot of people.

"Coming back and playing the Tour... I'm used to having so many people around me or even touch me, going from green to tee.

"That's something that I looked at and said, 'Well, I'm really not quite comfortable with that'."

Memorial organisers had initially planned to allow fans on the course but abandoned the idea as Covid-19 cases across the United States began to skyrocket. On Monday, PGA Tour officials confirmed that the remainder of the season would take place without fans. It means Woods will tee off today alongside world No. 1 Rory McIlroy and No. 6 Brooks Koepka without the customary horde of spectators that usually follows him around a course.

"It's going to be different, there's no doubt about it," Woods said.

"To have no one yelling, no one screaming, no energy, the social distancing, no handshakes, there's nothing to feed off energy-wise.

"It's just a silent and different world."