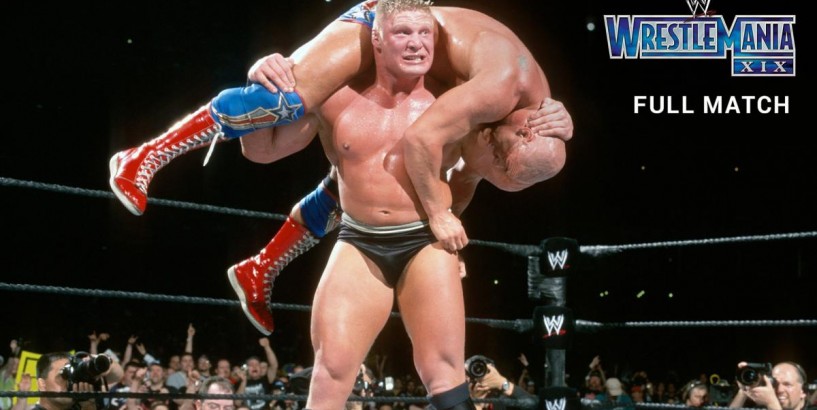 Brock Lesnar is easily one of the biggest stars of WWE in the last decade. He has become a major attraction of the sports entertainment and his presence in shows on any given day good viewership for TV tapings and audience for live events.

Brock Lesnar's F5 on Kurt Angle. WWE The Beast Incarnate has been a blue-eyed boy for Vince McMahon from the day one. This helped his meteoric rise in WWE and made him the youngest WWE Champion at the age of 25. Now, Wwe Hall of Famer Jim Ross has said that the WWE's boss was impressed with Brock Lesnar from the moment in had seen him.

During an appearance on ESPN MMA with Ariel Helwani, Jim Ross said that he wrote it in his book what Vince McMahon felt upon spotting Brock Lesnar for the first time. "You know we started craving Brock Lesnar when he was a junior in college in Minnesota. So we were not gonna let him go. When Vince saw him he had the damnedest man crush in like 10 seconds on earth. He said, 'damn. He looks like a Viking," Metro Quote: d him as saying in the interview.

'It was the first time Vince McMahon physically laid eyes on Brock Lesnar . 'You're not going to hear that in a lot of places. Brock came to the event. We were recruiting him. Jerry Brisco was recruiting him heavily," he added.

Ross also revealed Lesnar was not a big fan of pro wrestling, but did not hate WWE either. "He just was occupied with working on the farm, playing football, and wrestling at a high, high level. So I remember that," he added.

Once Lesnar entered WWE , there was no stopping as he defeated the big names like Hulk Hogan, The Rock and The Undertaker. He left WWE in 2004 to pursue a career in the National Football League and returned to the sports entertainment in 2012.

Since then, there is no looking back as he defeated big names like John Cena, Triple and Kurt Angle. He also shocked the whole WWE Universe by ending The Undertaker's streak.