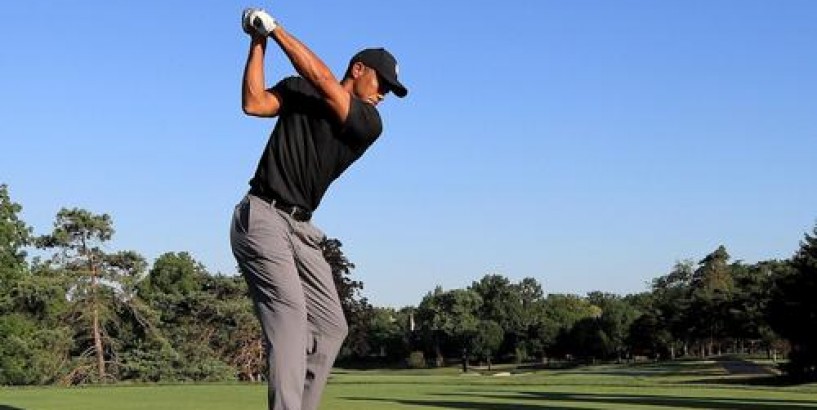 Tiger Woods returns at the Memorial without crowds: 'It's just a silent and different world'

For the professional golfer who has been watched more than any other in history, Tiger Woods goes into the Memorial tournament with understandable apprehension. Not only will this be his first appearance in five months, but also his first in an opening round played behind closed doors.

"It'll be a very different world out here, not to have the distractions, the noise, the excitement, the energy, the people that the fans bring," Woods said. "It's just a silent and different world.

"For some of the younger guys it's not probably not particularly different. They're not too far removed from college or they've only been out there for a year or two, but for some of us older guys, it's very eye-opening really… Even when I was [playing] in college [events] I had a few people following."

The limited numbers of media onsite will obviously ensure there is some sort of gallery albeit a drop in the ocean of fans that always follow him. There is never any let up for Woods and the PGA Tour have generously partnered him with Rory McIlroy and Brooks Koepka at Muirfield Village in Ohio.

A five-time winner of the event promoted by Jack Nicklaus and hosted at the Golden Bear's course, Woods is in the top 10 of the betting at 22-1, an absurd price in a field boasting 42 of the world's top 50 for a 44-year-old who in his last event finished last of those who made the cut, complaining of a sore back.

This is only Woods's third tournament in 2020 - he withdrew from the Arnold Palmer Invitational and The Players - and even though he performed notably in a charity match in May, there simply has to be rust. Woods revealed that he was tempted to return to Tour earlier after it resumed last month, but was put off by the Covid19 concerns.

"I just felt it was better to stay at home and be safe," he said. "I'm used to playing with lots of people around me or having lots of people having a direct line to me and that puts not only myself in danger, but my friends and family.

"I'm used to having so many people around me or even touch me, going from green to tee. That's something that I looked at and said, 'well, I'm really not quite comfortable with that whole idea'. Let's see how it plays out first and let's see how the Tour has played out, how they've started, and I feel that I'm comfortable enough to come back out here and play again, and I'm excited to do it."

Nevertheless there have been six positive tests on Tour since it restarted five weeks ago and Woods accepts it is not a entirely safe environment. "That's the risk that I'm taking, that's the risk that all of us are now taking," Woods said. "It is a risk that we are now undertaking when we walk on the property and are around individuals that you don't know where they've been or what they've been doing."