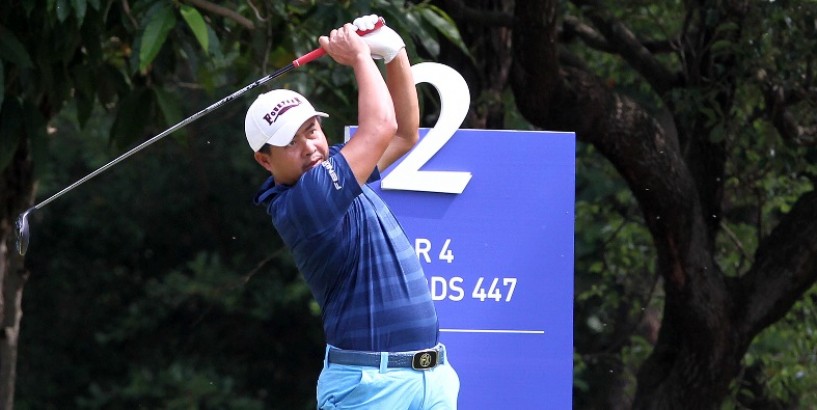 Thai Wisut Artjanawat scored big for Philippine Golf Tour Asia, rallying from six down and snatching a two-stroke victory with a blistering windup for a 67 as he beat local veteran Sung Mao Chang by two for the TPGA Open crown at the CCK Golf Club in Taichung, Taiwan yesterday.

Artjanawat, 37, pounced on Sung’s frontside meltdown to move within three despite a 36 then scorched the backside with a brilliant 31, spiked by three straight birdies from No. 12, as he emerged the bewildered winner in the event that faced uncertainties following a rain-marred first round.

But the Thai veteran campaigner delivered the biggest surprise with his sizzling finish, securing the victory with a birdie from close range on the 16th, giving him a two-shot cushion he preserved with two clutch closing pars for a second five-under card and a 14-under 274 total.

“I didn’t expect to win. Six shots were too big a deficit to overcome. But I worked my way back and hit birdies at the back,” said Artjanawat, whose stirring come-from-behind win worth $17,500 ended a five-year title spell in various regional circuits, including the Philippine-based PGTA sponsored by ICTSI.

Jay Bayron, meanwhile, finished with a flourish, birdying two of the last three holes to card a 70 as he ended up tied at 27th at 286.