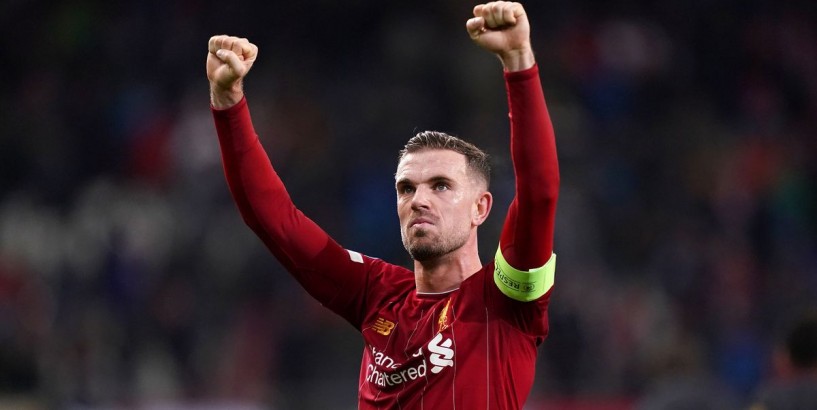 Sport Sir Kenny Dalglish on where Jordan Henderson ranks as Liverpool's greatest ever captain Dalglish signed Henderson on his return as Liverpool boss back in 2011, and he believes the midfielder should be revered by the fans who once doubted him Share David Maddock Northern football correspondent 22:30, 26 JUN 2020 Click to play Tap to play The video will start in 8 Cancel Play now

Sign up for our free daily newsletter with the latest news and views on the Premier League champions Sign up When you subscribe we will use the information you provide to send you these newsletters. Sometimes they’ll include recommendations for other related newsletters or services we offer. Our Privacy Notice explains more about how we use your data, and your rights. You can unsubscribe at any time. Thank you for subscribing We have more newsletters Show me See our privacy notice Invalid Email

Jordan Henderson deserves to be ranked alongside the truly great Liverpool captains.

That is the message from the legendary Sir Kenny Dalglish, the last manager to lead Liverpool to the title before Jurgen Klopp's heroics this season - and someone who has played under the best leaders at Anfield.

Dalglish - skipper himself during the 77-78 European Cup winning season - signed Henderson on his return as Liverpool boss back in 2011, and he believes the midfielder should be revered by the fans who once doubted him.

“Jordan will be the only Liverpool captain who has lifted this trophy and be a World Club Cup winner as well. He is up there with the captains who have picked up the Champions League,” he said. Jordan Henderson has captained Liverpool to huge success in recent seasons (Image: PA) Read More Jamie Carragher explains what Sir Alex Ferguson predicted when Jurgen Klopp first joined Liverpool

“(When I signed him) I saw somebody who was better than what we had at that time. That was on the pitch. Then when you get into discussions, he was very balanced, his dad came with him for the conversations which was for me a good sign.

“He had a secure home life which helps and he was determined to be a success in football. If I hadn’t given him a chance, it would have been me who would have been wrong. I’m not being modest; you see something you like it and you get it.”

There was also special praise for manager Jurgen Klopp, who has ended the 30-year wait for the title since Dalglish led the team to a third title in five seasons back in 1990.

For the Anfield great, it is Klopp’s humility and work ethic that stands him out as an all-time great boss... even to rival fans.

He added: “Obviously Liverpool fans and the players adore Jurgen, but there are a lot of opposition fans who think he is a good fella, too. Jordan Henderson and Kenny Dalglish (Image: Getty) Read More Jurgen Klopp delivers warning to Premier League rivals after ending Liverpool's title drought

“I am sure he is Scouser. Some people are suited to clubs because of the personality they have and the beliefs they have are similar and that is exactly what Jurgen has.

“He is very comfortable in himself because he knows what he does is an honest effort and commitment to success, and he doesn’t mind sharing that success.

“He knows what he is doing is the right way for him. Some people might feel intimidated, but when the club had success there were always people in and around the football club. I think that is important to have that.

“He is very comfortable and he enjoys sharing the success he has with everybody.” Henderson also skippered Liverpool to Champions League success last season (Image: PA) Liverpool - Premier League champions