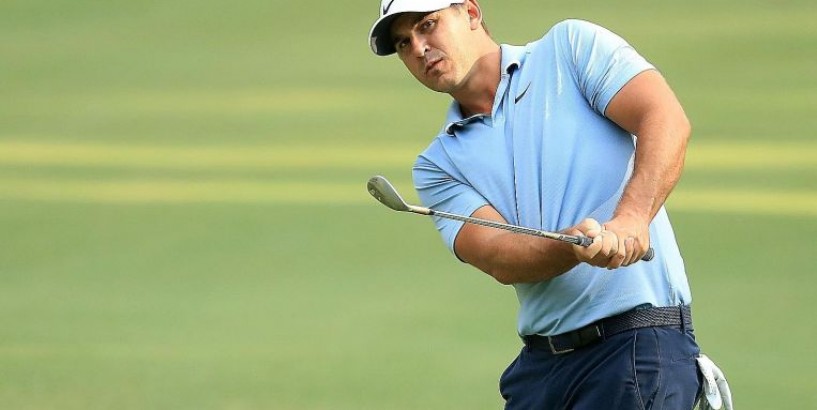 CROMWELL (Connecticut) • PGA Tour commissioner Jay Monahan on Wednesday promised significant consequences for anyone who failed to follow Covid-19 safety protocols after a number of positive tests at this week's Travelers Championship in Cromwell, Connecticut.

Monahan, who was not originally listed on the interview schedule ahead of the tournament, announced new safety measures and reiterated existing ones.

"All of us have an extraordinary responsibility to follow those protocols. For any individual that does not, there will be serious repercussions, and I'm not going to get into the specifics of it," he said from TPC River Highlands, site of this week's US$7.4 million (S$10.3 million) event headlined by world No. 1 Rory McIlroy.

"But everybody knows and needs to know that our future, our ability to sustain this business and to impact the communities where we play and to create so many jobs is contingent on our ability to follow those protocols."

He delivered his remarks a day after a second PGA Tour player in a five-day span tested positive for Covid-19.

In the three weeks since the PGA Tour returned from its coronavirus hiatus, Monahan said that there have been seven positive results from 2,757 total in-market tournament tests across the main circuit and developmental Korn Ferry Tour.

"It's a low number, but every number hurts," he said.

Major champions Brooks Koepka, 30, and Graeme McDowell, 40, were among those who withdrew from this week's event "out of an abundance of caution" after their caddies tested positive.

"I don't want to do anything that might jeopardise the health of any player in the field or his ability to compete," said four-time Major winner Koepka.

World No. 5 Webb Simpson - fresh off a win in South Carolina - also pulled out after a family member tested positive while Koepka's younger brother Chase, 26, decided to sit out because he played a practice round with Brooks and McDowell.

Among changes announced by Monahan are further testing, player instructors being added to the testing bubble and an onsite fitness trailer to deter golfers from using outside gyms.

He has confidence in the protocols in place and remains hopeful the PGA Tour's schedule will not be interrupted.

"We feel like we're on a path that's going to allow us to continue to sustain our return to golf," said Monahan.

Is seven cases out of 2,757 success? What would be a successful test rate? Is it zero?

IAN POULTER, English golfer, backing the PGA Tour on its response to the crisis.

Various media reports have questioned if the PGA Tour is in crisis because of the growing number of cases since Nick Watney became the first player to test positive during the RBC Heritage last week.

"With all the stuff that's been brandished around and spoken about and shots being fired in the direction of the Tour, I think the tour has done an amazing job," he said in a video posted on Instagram.

"Is seven cases out of 2,757 success? What would be a successful test rate? Is it zero?"

The Travelers Championship is the third of five events on the PGA Tour's revamped schedule closed to the public in a bid to help stem the spread of the virus.